The Texas State Vegetable – and the leading vegetable crop of the Lone Star State – was feted at the Texas Onion Fest on April 2 in Weslaco. 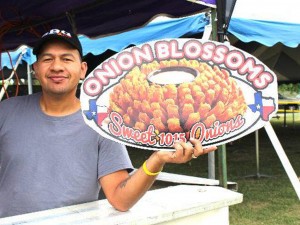 According to brownsvilleherald.com and themonitor.com, thousands came out on the first Saturday in April to celebrate sweet onions of Texas, a crop that was introduced in 1891 when a packet of Bermuda onion seeds was planted in South Texas. In 1997, the sweet onion was designated as the official state vegetable, and the most famous onion, the Texas 1015, is grown in the Rio Grande Valley.

How much do Texas love their sweet onions? If preparation for the festival is any gauge, they love them a whole big bunch.

Michael Rodriguez, staff writer for the themonitor.com, posted an article leading up to the festival that declared, “… it’s no wonder why many refer to Texas Onion Fest as the best one-day event in the region.” He said festivities that were awaiting included dancing horse shows, onion eating contests and live music.

Organizing the single day begins in December, and the planning committee is made up of 40 individuals who chair their own areas in the event, according to Rodriguez’s interview with Weslaco Area Chamber of Commerce President and CEO Martha Noell.

The 200 volunteers who work the festival are trained beforehand, and if there’s a snafu such as inclement weather or some glitch in timing, the training helps with coping, she said.

In fact, the Noell is certified through the Texas Event Leadership Program of Texas A&M University.

The festival is a communitywide event, held at Mayor Pablo Peña City Park, and the city’s police department and other law enforcement agencies are a part of the coordinating effort.

This marked the first year for food trucks that joined ranks with traditional vendors. 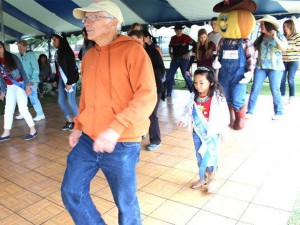 A true glimpse into South Texas life, the Onion Fest brings together all walks of life, and Noell was quoted in Rodriguez’s story as saying, “I just don’t think people realize how involved the community is in this. Without community and business support, we couldn’t make this — the best one-day event in South Texas — happen on just two stages for entertainment and culinary arts.”

Our photos were posted on the festival’s Facebook page, Texas Onion Fest, by Charles Warren.

It’s spring, and here are Vidalias as done by the pros 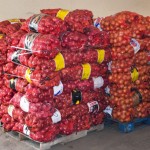