Showing some interesting trends in domestic ag, stats in the recently released USDA 2017 Census of Agriculture indicate that at just over 2 million, the total number of farms and ranches in the United States has declined 3.2 percent since the 2012 Census.

The number of male producers fell by 1.7 percent in the five years between Census counts while, due to changes in demographic questions about decision-makers on the farms, the total number of producers increased, and women producers specifically increased by 27 percent.

We spoke with Teresa White, public affairs specialist at the U.S. Department of Agriculture in its National Agricultural Statistics Service, and she provided us with figures pertaining to the onion industry in this enormous census report.

Two specific links Teresa sent provide state-by-state information showing the increase or decline in number of farms and harvested acreage. Acreage numbers see-sawed among some of the major production areas. In California there were 38,128 acres and 561 farms in 2012, and in 2017 there were 764 farms and 42,555 total fresh and process acres in onions. Colorado, on the other hand, went from 254 farms and 6,432 acres in 2012 to 154 farms and 3,694 total acres in 2017, according to the Census.

A comprehensive release sent out April 11 by the USDA noted 2017 Ag Census results span “some 6.4 million new points of information about America’s farms and ranches and those who operate them, including new data about on-farm decision making, down to the county level.” The info came from the source, that is the farmers and ranchers themselves, who told the government “both farm numbers and land in farms have ongoing small percentage declines since the last Census in 2012.” But, the release continued, “At the same time, there continue to be more of the largest and smallest operations and fewer middle-sized farms.” And, “The average age of all farmers and ranchers continues to rise.”

Agriculture Secretary Sonny Perdue said the results of the Ag Census can be used “to tell the tremendous story of U.S. agriculture and how it is changing. As a data-driven organization, we are eager to dig in to this wealth of information to advance our goals of supporting farmers and ranchers, facilitating rural prosperity, and strengthening stewardship of private lands efficiently, effectively, and with integrity.”

Interestingly, new data shows trends right down to the county level, and according to NASS Administrator Hubert Hamer, the current picture shows “first-time data on topics such as military status and on-farm decision making.”

Access to the information is easy by going to www.nass.usda.gov/AgCensus. Key highlights in the results are bulleted below, and OnionBusiness has put some bold type for emphasis:

Other demographic highlights include: 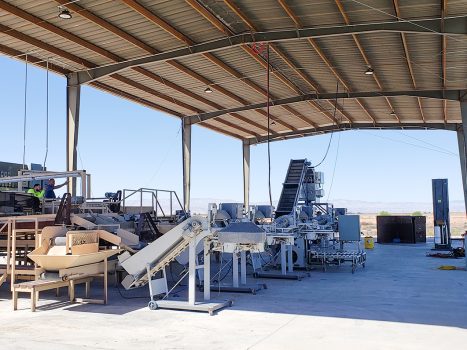