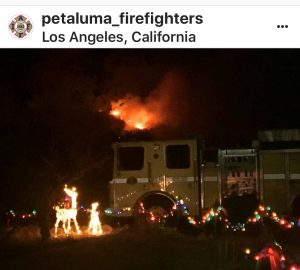 It’s been a horrific fire year for California, and with 2017 coming to a close, firefighters continue to battle one of the worst wildfires in the state’s history. As of Dec. 13, the “Thomas Fire” in Southern California had burned nearly a quarter-million acres, some 700 homes and more than 1,000 structures altogether.

Compounding that and the region’s other fires have been the Santa Ana winds, at times hitting gusts of more than 60 mph.

Of December’s six fires, four continued to burn on Dec. 13; two were reportedly fully contained. Additional news out of the region was that more than 200,000 people had been told to leave Los Angeles and Ventura counties, and the dollar cost of firefighting efforts had surpassed tens of million. Major thoroughfares in Ventura and Malibu counties have been affected, some shutting down temporarily and some for longer periods.

And another site, https://www.nbclosangeles.com/news/local/Map-California-Wildfires-442787433.html, has reported that from Jan. 1-Dec. 3, according to stats from CAL FIRE, dozens of lives have been lost in more than 6,760 fires in the state, with more than a half-million acres scorched. Monetary losses have been more than $1 billion 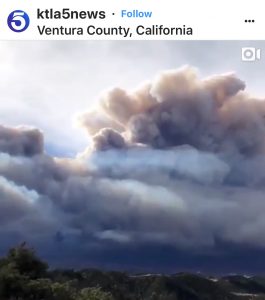 From Camarillo and not far from the biggest conflagration – our friends Gerry Valois and Robert Bell at Western Onion have provided us with an update on the fires in Southern California.

Earlier this month Robert advised us that the foothills on the north edge of Ventura and Santa Paula were burning. On Dec. 5 he wrote, “So far just smoke in Oxnard and Camarillo. But new fires in Sylmar and Santa Clarita could start fires on the ridge south of the river and threaten Thousand Oaks and Camarillo.” At that time, he said, his immediate region was not on standby evac.

“No just the houses along the edges of the backcountry near us, but the Ojai Valley is threatened. My brother left today,” he said Dec. 5.

Robert said that fires “not unusual” for SoCali. “Every year we have them,” he said. “This is just a bad year.” Heavy rains last year contributed to the fire fuel, he said.

On Dec. 12 Robert let us know that the fire “is moving up the coast towards Santa Barbara… [and] still burning up our backcountry and the Condor sanctuary.” 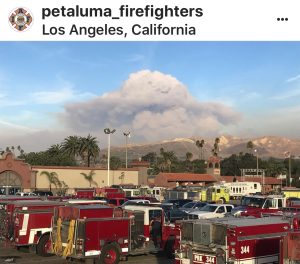 Gerry also reported to us on Dec. 12 that there was “not much new news or different than what you are probably seeing.” He added, “Where we are in Camarillo is ok for now. The concern is the path of the fire and how accessible your property is to the fire.”

And, he said, “The fires, coupled with hot dry winds, are uncontrollable. Humidity ranges from 5 to 10 percent. The temps are 85-plus, and the winds are 25-70 mph.”

Gerry said the “normal rainy season” was “200-plus days ago, and there is plenty of fuel in the hills and mountains.”

Proof of the dryness is seen in the Thomas fire, which Gerry said, “burned 50,000 acres in 10 hours, which is about 80-85 acres per minute. It’s difficult to impossible to keep up with.” 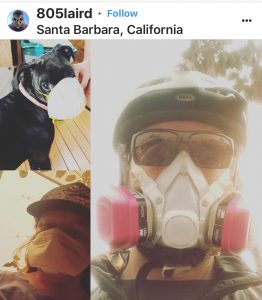 The air quality downwind is “very poor,” and Gerry said, “When the wind stops, the general area smells like a campfire for miles around. UC Santa Barbara postponed classes until Jan. 8 due to poor air quality.” The campus will open relief shelters for those displaced, he said. 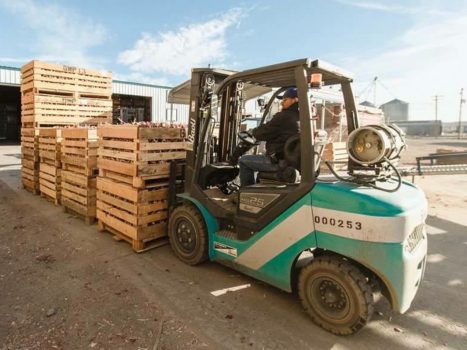 Market and Crop Update for December 14