An Easter Message and Passover Greetings

Though dark clouds of uncertainty have been hanging over our country and indeed the entire world recently, a single certainty dispels that darkness with three beautiful words.

Two thousand years ago a price was paid, a promise made and a destiny set. The price was the earthly body of a lowly carpenter whose temporal life was walked out by the Son of God, Jesus Christ. The promise was that the sacrifice of Jesus Christ on a cross at Calgary paid the ransom for every believer in Him.

And the destiny was that those believers will join their Lord Jesus Christ in eternity. Oh, what a wondrous cross we survey!

However, those who followed Jesus during His life on earth had their moments of confusion and fear, too. Imagine that morning, the first day of the week following the death of Jesus on that cross, when his disciples went to the tomb to anoint His dead body. We’re in “uncharted waters” now? Just think how uncertain and afraid they must have been then!

1. Now on the first day of the week, very early in the morning, they, and certain other women with them, came to the tomb bringing the spices which they had prepared.

2. But they found the stone rolled away from the tomb.

3. Then they went in and did not find the body of the Lord Jesus.

4. And it happened, as they were greatly perplexed about this, that behold, two men stood by them in shining garments.

5. Then, as they were afraid and bowed their faces to the earth, they said to them, “Why do you seek the living among the dead?

6. He is not here, but is risen! Remember how He spoke to you when He was still in Galilee,

7. saying, ‘The Son of Man must be delivered into the hands of sinful men, and be crucified, and the third day rise again.’”

The disciples were reassured that God was on the throne and Christ was alive! And now, though the threat of a rampaging virus has cast a pall over all of creation, followers of Christ can unite in spirit and raise their voices as one, declaring that He lives now and forever.

Our strength comes not from within us; it comes from Him.

And on this Easter, this Resurrection Sunday, we give great thanks for that strength and pray for healing and comfort in His name.

As His light shines, let yours as well. We WILL get through this. Amen.

Passover greetings to our Jewish friends

OnionBusiness wishes all our Jewish friends a joyous Passover. May this time be one of reflection and peace. 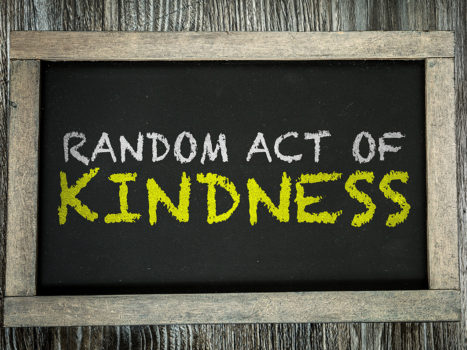