In its report, USA Today called the acquisition “yet another jolt to a global agricultural sector that has been rocked by sluggish crop prices.” See the full story at http://www.usatoday.com/story/money/2016/09/14/bayer-monsanto-acquisition/90346412/

The transaction, months in the making, calls for Bayer to pay $128 per share. Onion growers and shippers, particularly those in the Northwest, have expressed concern to Onion Business about how the merger could affect onion seed prices. In certain NW regions, some growers estimate Monsanto and Bayer seed accounts for up to 90 percent of all seed sold.

Onion Business will be researching this in the weeks ahead to secure some answers. 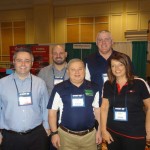