After decades on the world’s mostly vertical stage competing in freeskiing/big mountain ski events, Brant Moles is settling into a more measured pace in life, that of onion brokering as part of the Greener Produce team.

He’s energetic and enthusiastic, and he told us he’s eager to be part of “a very dynamic business, one where I’ll get to meet and talk to interesting people on a daily basis.” 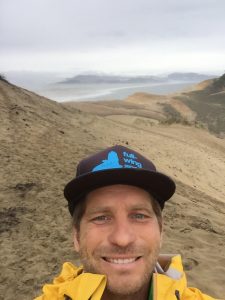 That’s an absolute. And this week, as he trains with Greener Owner/President Rick Greener, Brant will get his feet wet in the onion-centric region near Boise, ID, and no doubt get a quick lesson on how measured the pace of brokering is. And he’s excited going into it.

It’s a stretch from his life as a competitive skier, a passion he discovered at age four and pursued until just about a decade ago. But the 47-year-old said his friendship with Greener, also a former pro skier, drew him to this new chapter, and he’s ready to learn something new.

Brant and his wife, Laura, who married this year, live in Reno, NV, where she attends medical school. They have one “kid,” a mixed breed cattle dog named Elsa. And they have ties to Idaho-Eastern Oregon through Laura’s hometown of Boise. His hometown is not one but several – “I was born in New Jersey and grew up in Wisconsin, and I’ve lived in Vermont, Colorado, Utah and Nevada, always basically following the snow,” Brant said. 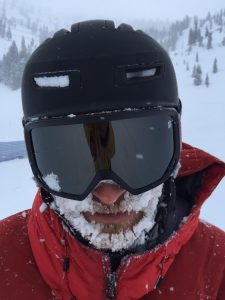 He lived and breathed skiing all that time, and “besides eating it,” he has no produce background. But what he does have is a solid history with the guy who now brokers onions. Rick, who’s been in the industry since 2011, launched Greener Produce this year and is a regular contributor to OnionBusiness.com’s Broker’s Perspective.

“I met Rick in the late 1990s,” Brant explained to OnionBusiness. At that time both extreme skiers were competing and also appearing in films by the legendary Warren Miller and other ski moviemakers, and both men traveled the globe to compete and win.

During his career, Brant won a World Championship in Freeskiing and also do battle on U.S. slopes at Jackson Hole, Crested Butte, Steamboat Springs and in Alaska, as well as numerous international venues. No longer a competitor, these days he donates his time as a judge and board of director member for the International Freeskiers and Snowboarders Association. 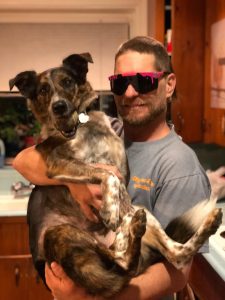 Brant with his dog Elsa. Photo Courtesy of Brant Moles

While he skied and even since he stopped competing, Brant has remained friends with Greener. “And we stayed in touch over the years,” Brant said. “Recently he told me about this opportunity, and I was ready to make some changes. His being able to mentor me and train me is good, and although this wasn’t on my radar, it’s really refreshing and new.”

Brant said after his training and visits to growers and shippers, he’ll work from his Reno home office – all part of Greener’s plan for his broker associates to operate from a “free-range,” virtual office.

When queried about where he sees himself in five years, Brant said, “I would love to see myself getting better at this during that time. It’s so new now. And being an outdoorsy person, I hope to meet people in this business who are likeminded. Really, I’m looking forward to the whole experience.”

Onions major player at PMA Fresh Summit, some with new products and brands 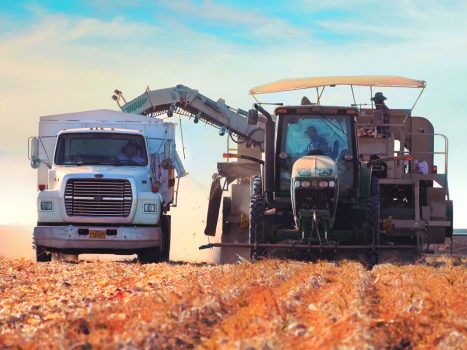