Champion Seed Co., which moved its primary office from Brea, CA, to Nampa, ID, in November 2016, recently hosted an open house in the Idaho facility.

Champion’s Kendra Miller told OnionBusiness.com the reason behind relocating the distributor/dealer for seed production companies is simple: “The move has allowed us to feel more integrated in the farming community by being in a more agriculture focused environment,” she said.

Kendra added, “It has been invaluable to be able to feel connected to some of our local customers and to contribute to the community. In our new location we have had many more opportunities to spend time with our suppliers and customers.”

Champion Seed Co.’s history involves three generations of farming that started in the early 1940s. Three brothers in the Marshburn family started a small produce distribution operation, expanding their volume by purchasing 40 acres and planting their own crops.

A decade later Marshburn Brothers was 600-acres strong, with 250 employees in Los Angeles, Orange and San Bernardino counties. Consolidating to an operations center in Norwalk, CA, the siblings changed the company name to Marshburn Farms, which it remained for 35 years.

By the mid-1970s a new generation of Marshburns was at the business helm. Twelve thousand acres were being farmed, and 900 persons were employed. In 1976 the farming company sold, with Don and Richard Marshburn acquiring Champion Seed Co.

Now, in 2017, the third generation of Marshburns continues the family business as a provider of full-line vegetable seed for commercial growers.

“The Nampa facility is our main office for processing paperwork, as well as a small warehouse,” Kendra explained. “We currently have sales teams in 12 other locations throughout the United States, as well as some in Mexico.”

The Nampa location is strategic, as Champion’s main crop seed in the Northwest is onions. Kendra said, “We are constantly expanding into other crops such as pumpkins, squash, tomato, watermelon, peppers, beans, peas and other items.” 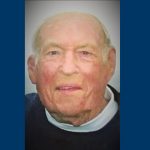