With the potential source of a recent Salmonella Newport outbreak identified as red onions from Thomson International Inc. in Bakersfield, CA, and a 50-state voluntary recall of its products subsequently initiated by the California company, Certified Onions Inc. is expecting an increase in requests for pathogen testing it offers in addition to testing for pesticide residue.

The Nyssa, OR-based COI provides its members sampling for off-label pesticide use and for maximum residue levels, and it also offers testing specifically for E. coli 157 and Salmonella upon request to provide safety assurance.

Kay, who is GM at Snake River Produce in Nyssa as well as chair of the Idaho-E. Oregon Onion Committee and a National Onion Association trustee, is a 30-year veteran of the onion and a respected voice for the industry. He, the late Garry Bybee and grower/shipper John Wong founded Certified Onions Inc. in 2009, and today COI tests approximately 80 percent of the Treasure Valley’s onion fields for pesticide residue.

Kay said many members regularly add the pathogen testing to their service package, making good use of expertise provided by the Oregon Department of Agriculture and Boise-based Idaho Food Safety Assurance Lab and Analytical Laboratories Inc.

Now in its 12th season, COI is also able to provide testing for other onion-growing regions, and Kay said this year he’s certain COI will see additional requests for pathogen tests to do away any threat of Salmonella or E. coli contamination.

When OnionBusiness spoke with Kay on Aug. 3, he said Idaho-E. Oregon’s Treasure Valley crop was looking very good, and many operations had begun harvest in the nation’s largest growing region.

Kay also reported that COI had implemented some cost-effective steps in its protocol this year that will benefit growers and shippers.

In its initial protocol, COI had separated out colors for testing, but Kay said now fields that grow multiple colors can be tested as a single field. He said COI is also able to mix growers for testing, he said.

Pathogen testing can be done during the storage period, Kay added.

Regarding the outbreak, the potential for onions to be the cause is a first for the industry, he said. Past recalls have involved foods with which onions have been associated, i.e. processed and prepared items, but Kay said, onions as a produce item have never been named as the cause.

He emphasized that as of Aug. 3 there had been “no absolute proof the illness was caused by onions,” although the reds from Bakersfield appear to be the common denominator.

For its part, Thomson International Inc. implemented a voluntary recall of all its onions, not only its reds, due to a potential of cross-contamination. The recalled product, which had been shipped to wholesale, retail and foodservice operations in all 50 states, included red, yellow, white, and sweet yellow onions shipped from May 1, 2020 to present.

Several hundred cases of Salmonella Newport had been reported across 35 states and in Canada, but as of Aug. 2 there were no deaths attributed to the outbreak.

Logistics perspective: You Paid How Much? 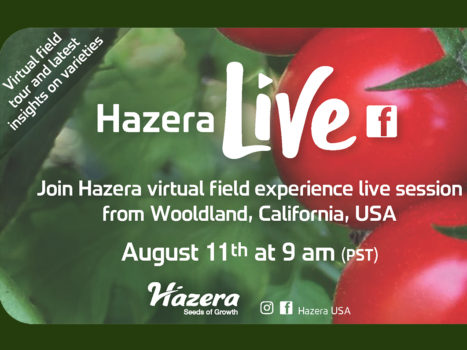