The recent announcement by Union Pacific that it was discontinuing service of Cold Connect, its multi-modal transportation operation that moved reefer containers from the West Coast to Eastern receivers, will not negatively impact the Treasure Valley Transload Facility currently in the works for Nyssa, OR.

Grant Kitamura, chairman of the Malheur County Economic Development Corp. that is overseeing the Transload Facility project, said on May 11 the MCEDC had been in negotiations with another operator that has transload depots nationwide, and that operator will be providing the refrigerated transport.

However, other shipping areas that have depended on Cold Connect, which UP ran after purchasing Railex in 2017, could be adversely impacted.

Cold Connect customers received notice on May 8 that Union Pacific was dropping the service, ending its transportation service for refrigerated loads to and from distribution facilities in Delano, CA, Wallula, WA and Rotterdam, NY.

UP spokeswoman Kristen South cited slow market conditions brought on by the COVID-19 pandemic as the cause.  The closure is permanent, and many Cold Connect positions were eliminated by the action.

In the Treasure Valley MCEDC continues its work on bringing the Transload Facility to fruition.

“The closure of Cold Connect will make it even more important to get our transload facility up and going,” Kitamura said, explaining the ongoing process had included negotiations with the unnamed facility operator.

“We initially approached Cold Connect for our project,” Kitamura said. “However, they were not interested in working with us.  This was determined quite a while ago. Thus, we began looking for another operator and we were successful in finding a willing operator.”

Since the inclusion of $26 million in funding, part of the $5.3 billion Oregon transportation bill approved by that state’s legislature and signed into law on Aug. 18, 2017 by Gov. Kate Brown, the Transload Facility’s oversight board has met a series of what Kitamura describes as “milestones.”

He said on May 11 the facility’s planning stages involve “rail engineers, civil engineers, the UP and operating company coordinating their needs for the facility.” He added, “We have met the milestones for the Oregon Department of Transportation, and we will continue on course.”

Along with the entire nation, Kitamura said, “We have had delays because of the COVID-19 issue, which disallowed travel and in-person meetings.  Also, many of our contacts were working from home.”

Though the pandemic has impacted the timeline, Kitamura said it’s not known if Oregon has restrictions on construction at this time. “I do know that Oregon is working on a date when businesses, restaurant and bars can open,” he said.

And, he said, “I think that the closure of Cold Connect will positively affect our local industry.” But he added, “I do fear that transportation may be more of an issue next season for our new crop.  We hope to have the transload facility up and running in the fall of 2021 and I feel that it will be needed than ever.” 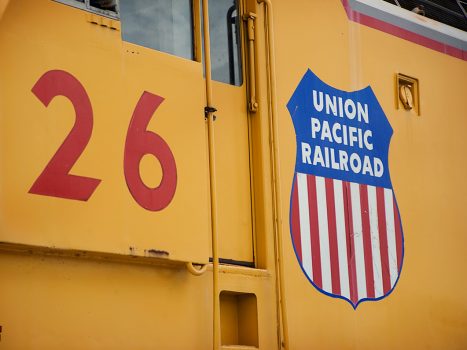