Results from Northern Colorado onion seed trials conducted at the Adams County Extension Office of Dr. Thaddeus Gourd, extension director and agent in agriculture, have been released, and several varieties show themselves well suited to conditions in the Centennial State.

The trials were undertaken at Sakata Farms fields in Northern Colorado, and Bob Sakata, founder of the operation and longtime onion industry member, commented on varieties he sees as the best.

“In our judgment it’s the Bejo Delgado,” Sakata said.

Several dozen varieties were tested, and Dr. Gourd said in his summation of the trials that the research is intended to provide onion producers with “information to make educated decisions when selecting onion varieties based on environmental and pest conditions” in the state.

Two avenues of research were taken on 30 varieties, one for percent of harvest yield and one for emergence, thrips and maturity.

The two Sakata Farms locations used are just northwest of Brighton, CO,  (the Howard Farm) and north of Ft. Lupton (the Zaiss Farm).

Dr. Gourd said the low thrips pressure “could explain why very little Iris Yellow Spot Virus (IYSV) was observed at either location in 2015.”

Bob Sakata said Nunhems’ Joaquin is “always a good onion, able to overcome Fusarium, but it’s not a long keeper.”

He said in addition to the Delgado, Sakata Farms likes the Bejo Hamilton, “and for whites, we like the Cometa from Nunhems.”

However, he added, “I wish all the seed breeders would some something with the red. We still are with the Red Wing, but it’s gone downhill over the years. It’s just not getting size.”

He said that when the onions are taken out of storage in January for evaluation, “I could have an entirely different report for you.” 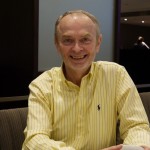