The BMO Centre at Stampede Park is this year’s setting for the 91st Annual Canadian Produce Marketing Association Convention and Trade Show, an event that features hundreds of exhibitors and draws attendees from around the world.

As of late February more than 200 exhibitors were in place, and the association noted that nearly two dozen countries will be represented by either booths or by attendees. Moreover, 36 U.S. states will be present, including the primary onion-producing regions. Eleven Canadian provinces and territories will likewise be represented.

According to the National Onion Association, of the 6.2 billion pounds of U.S. onions produced annual, exports account for upwards of 15 million 50-lb. bags. The leading export countries for the U.S. are Canada, Mexico, Japan and Taiwan.

On the flipside, imported onions into the U.S. total upwards of 17 million 50-lb. bags, and leading the import charge are Mexico, Canada, Peru and Chile.

In addition to the opportunity to meet with existing customers and potential buyers, the convention also has scheduled a retail tour for delegates along with learning lounges set up in the exhibit hall for Thursday, April 14. The sessions will be “Innovation: Produce, the Next Generation,” looking at new tech; “Food Safety: Challenges Across the Supply Chain”; “The Changing Role of Dietitians in Retail”; and “A Frank Discussion with Two Mikes: A Conversation about Issues Impacting Industry,” featuring Frank Pagliaro of Loblaw, Mike Furi of The Grocery People and Mike Ecker of Vineland Growers.

The convention’s keynote speaker at the Companion and Delegate Breakfast Wednesday, April 13, is Arlene Dickinson, a Canadian independent marketing communications entrepreneur and author of “Persuasion” and “All In.” 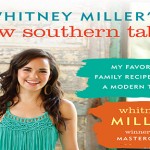