Don Ed Holmes of Onion House in Weslaco said the weather has been perfect for onions, and Onion House could run some as early as March 28. “The crop looks beautiful. Everything is irrigated, and the weather has been dry,” he said. Onion House will start with its Pecos Sweet and then go into Sweet Sunrise and Don Victors, all yellows. “We’ll also have whites and reds coming, and by April 5 we should be running all sizes and colors,” Don Ed said.

Marvin Davis of Tex-Mex Sales in Weslaco said, “We look forward to starting Texas harvest sometime between March 15 and March 20. The stands are looking great, and it appears that the quality will be excellent.” Marvin said his Tex-Mex crop formula is 10 percent reds, 20 percent whites and the balance in yellows, and of the yellows, 15-20 percent are sweets.

Eagle Eye Produce in Idaho Falls has deals in the Imperial Valley at Brawley as well as North/Central California, and Nick Beahm reported the crop is looking excellent and that California has had a good growing year. “We move a lot of onions out of California, and we are looking forward to the start of this great new crop,” Nick said of the upcoming season.

Fagerberg Produce/Fagerberg Farms in Eaton will start planting its seed onions in two to three weeks, and onion sets will be transplanted in April, according to Ryan Fagerberg. The company looks forward to an Aug. 1 harvest.

Carzalia Valley’s 2016 spring seeded crop is all in the ground, according to James Johnson at the Columbus office. James said the crop is “looking really good,” and he said the plan is to start shipping the overwintered onions on May 20. “Weather has been phenomenal so far,” he said. The company will start with its Merlin sweet for the first week to 10 days and then start the Red Rock red variety and the White Castle white the last week of May. 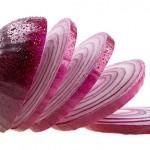