Rio Grande Valley onions have been blessed by “Chamber of Commerce” weather recently, according to Don Ed Holmes of Onion House in Weslaco. “It’s been 80-degree days and 50-degree nights,” he said. He expects an early April start for the season.

Jessica Peri at Peri and Sons Farms in Yerington, NV, reported on the company’s two California operations, noting that acreage in El Centro is up slightly this season. She said weather recently has been cool, but the stands are strong, and the onions are on schedule for a late April start for shipping. The Imperial Valley operation grows reds, whites, yellows, sweet yellows and organic reds and yellows.

In the San Joaquin Valley, the reds, whites, yellows and trademarked Sweetie Sweets will start shipping in June, and Jessica said the ground has been somewhat wet, but “most everything is planted.” She said, “It’s been a little challenging this year, but we’re on track.” Despite what she termed “good storms in the mountains” from El Niño, water continues to be a major issue for California growers, and Jessica added, “What moisture we’ve received is not enough yet. Water has not been allocated for later summer, and there are still huge cutbacks. The Westland Water District is the most affected. El Niño hasn’t really hit the Central Valley yet.”

Mike Smythe of Big Country Onion Sales Inc. told us that the Brawley, CA, fields are “in excellent shape.” He said weather has been favorable, and while last year Big Country Onion started its Imperial Valley yellows on April 20, they could start earlier this season. Mike also said onion contracts are complete for the season. 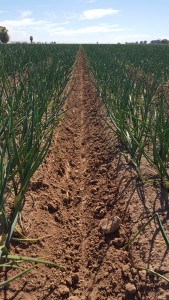 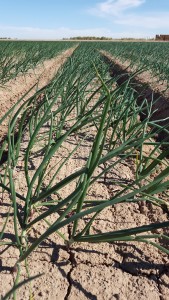 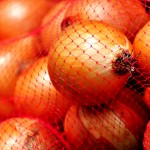