Greg Hutton, operations and sales at L&M Cos. in Rocky Ford, CO, reported on Oct. 14 that storage onions are now shipping from Colorado and will start soon out of western Kansas.

“Harvest wraps up this week,” Hutton said, adding that the onions sized well and are good quality.

Both areas produce primarily yellows, and grower Don Mameda is in charge of the transplants growing in both Johnson City, KS, and the Lower Arkansas River Valley around Rocky Ford. Early reds have already shipped, Hutton said.

Storage onions from SE Colorado and western Kansas ship into mid-March, and planting will start up in March for the 2016 crop.

Hutton said Mameda will be attending PMA Fresh Summit in Atlanta and will greet visitors to the L&M Co. booth # 2119.

Jerry Baker of Baker Packing in Ontario, OR, said the onion market has been good, but he added that mediums “are lower than they should be for IEO.”

The longtime onion man said that with Michigan and Wisconsin shipping medium yellows to the Midwest and East Coast, “it’s been difficult for IEO shippers to compete with the added cost of transportation.”

However, the red market has been “exceptionally good.” Baker added. “Washington has had issues with reds,” he said, noting he had heard unconfirmed reports that Washington has disked under some damaged red crops.

“So far the IEO red market is holding with an expectation that a strong market will continue,” Baker said.

From his office in Weiser, ID, Ken Stewart of Four Rivers Onion Packing said, “The market has been very steady over the last month.  Demand has good – not excellent, but good.”

Stewart said that “some IEO people are trying to get an upward push on the market this week,” and he noted that with “with the global onion market situation and low supplies worldwide, the season for IEO continues to look like a bright one.” 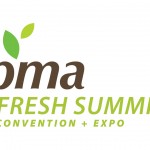