Good news out of Washington, D.C., with the Sept. 20 announcement from U.S. Secretary of Agriculture Sonny Perdue that the Department of Labor (DOL) which is modernizing “the burdensome H2A visa process.”

The first step, according to a release from the secretary, is a “common-sense rule that eliminates the requirement to advertise a job opening in print newspapers instead shifting to advertising on the DOL and State Workforce Agency websites, which are further reaching and more cost effective.” The release also noted that the “DOL’s Office of Foreign Labor Certification announced updates to the pertinent H-2A forms and online filing process for the H-2A temporary agricultural program.” The upshot, the release said, is that the “two actions will ease regulatory burdens on our farmers and ranchers, making it easier for them to follow the law and hire farm workers through the H-2A program.”

Secretary Perdue commented, “Both of these actions by DOL are critical changes the Administration is making to improve the H-2A application process. President Trump is committed to ensuring our farmers and producers have access to a stable, legal agricultural workforce. By streamlining these processes, DOL is bringing the H-2A process into the 21st Century, allowing farmers to be able to better and cost-effectively advertise for workers they need and fill out the required forms faster and more efficiently, because no one should have to hire a lawyer to hire a farm worker.”

By reducing “regulatory burdens like the requirement that all employers advertise in a print newspaper of general circulation in the area of intended employment as the method of recruitment,” the DOL system will “increase ease of use for farmers and producers who apply for H-2A employees,” the release said. “As any employer knows, hiring forms, applications and rules are cumbersome, time intensive, and duplicative that lack flexibility and common sense. These changes… [release] the regulatory burden from our agricultural producers, making it easier for them to hire a stable and legal workforce. The more time a farmer spends on paperwork, the less productive they are, hurting their business and way of life.”

“The Department of Labor will continue to accept online submissions of the current Form ETA-9142A (and job orders uploaded using the current Form ETA-790, Agricultural and Food Processing Clearance Order) through the iCERT System until Oct. 16, 2019,” the release advised. “Beginning Oct. 1, an employer seeking to employ emergency H-2A workers or those starting on or after Dec. 15, 2019, must submit a job order using the new form ETA-790/790A (and corresponding addendums) and an H-2A application using the new form ETA-9142A (and corresponding appendices) in the FLAG System.” More information is available at https://flag.dol.gov and https://foreignlaborcert.doleta.gov/pdf/foreign-labor-application-gateway.pdf 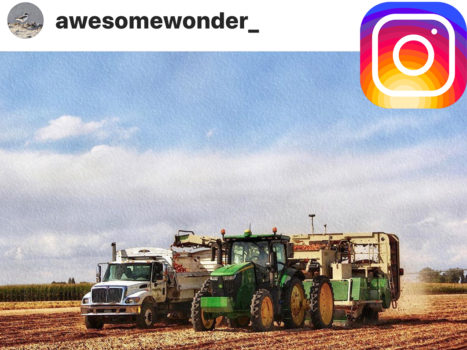