Don Goodwin, founder and former owner of GoldenSun Insights strategy centric firm that focuses on the fresh produce industry, passed away on Sunday, April 18, at age 58.

Survived by his wife, Roxanne, and daughter, Isabella, Mr. Goodwin was surrounded by family at his death. He had been battling multiple myeloma since November 2013.

A well-known and respected industry veteran, Goodwin had an extensive career of some 40 years in the produce industry, and during that time “he touched just about every aspect of the supply chain – from procurement to wholesale to marketing,” an announcement from GoldenSun said in announcing his passing.

Don began his career as a graduate of Western Michigan University’s Food Distribution Program, and prior to founding GoldenSun Insights in 2004, he led Target’s produce division with the rollout of Super Target in 1998. He also served as the COO of Green Giant Fresh, where he built retail and grower partnerships to expand the Green Giant brand.

As an expert in licensing, Goodwin also helped found Imagination Farms, a fresh produce distribution company focused on increasing children’s consumption of fruits and vegetables, and he negotiated a partnership with Disney Consumer Product’s food, health and beauty division to include fresh produce under the Disney Garden brand.

Don was also a member of the advisory board for Titan Farms, and he received many accolades throughout his career, including being honored by The Packer 25: Most Influential Leaders in the Produce Industry.

Known for his strategic planning skills, Don successfully facilitated the planning process for many companies in the supply chain. But he was also a man of humility “with a charismatic personality, quick wit and a compassionate soul,” the announcement said. “He is loved by all whom associated with him. A loving husband and father who adored his wife and daughter, he was devoted to his family.”

Randy Riley, co-owner of GoldenSun Insights, said, “As an advisor to us, the company, and our clients, Don will forever hold a special place in our hearts. Don was a brilliant man; he was kind and compassionate.”

And co-owner Jason Fuller added, “He was an example of a hard-working businessman, husband, and father. He was a sounding board for all of us and we will miss him dearly.”

A funeral service for close family and friends will be held this April 23 in Mound, MN, and a celebration of life will be held later in July. In lieu of flowers, the family requests memorials be made to the Multiple Myeloma Foundation.

OnionBusiness extends our deepest condolences to family and colleagues of Don. 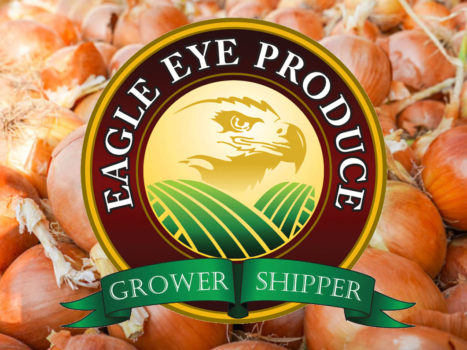