Just back from a meeting-packed trip to Washington, D.C., Doug Bulgrin was eager to share details of that visit as well as industry insights coming from his National Onion Association position.

Doug, who is Sales Manager for Gumz Farms in Endeavor, WI, took over as President of the NOA last December during the Winter Convention in Naples, FL. An onion industry veteran with nearly 30 years’ experience, he told OnionBusiness he’s enjoying every aspect of his new role and is enthusiastic about the future of the industry and the Association.

And, he said, the trip to D.C. heightened that enthusiasm.

“We worked on several important issues while we were there,” he said. The NOA group, which Doug said represented nearly all the major onion production areas of the country, met with Congressional members from key production states as well as staffers from various committees that are looking at immigration reform, audits, food safety and trade, among other matters.

The contingent also met with Department of Agriculture Secretary Sonny Perdue, who Doug found to be extremely responsive to onion industry concerns. Both the Secretary and his staff are well-versed on issues, Doug commented.

“We met with representatives from the EPA,” he said about support for research on chemicals that may be used on onions. He cited progress in the IR-4 Project, a partnership that includes the USDA, the National Institute of Food and Agriculture, the Agricultural Research Service, the State Agricultural Experiment, the EPA, agrochemical industry, commodity groups and growers.

Another meeting involved import issues with Canada – inspection of inbound onions and pricing.

“We had great meetings with the USDA and EPA,” Doug said. He also lauded his NOA associates, saying, “It was really a great group of people, many of whom were in Washington for the first time. They found out there really are people who are willing to listen.”

The key to success, whether in a business or in governmental/association oversight, involves listening on both sides, he said. “It’s communication.” And that’s paying off, apparently, in an effort to combining FDA and FISMA audits as discussed in an FDA meeting.

Looking at the NOA convention in Naples and his move into the role of President, Doug said the annual event was “another excellent convention.” He said one of his primary goals as President is “to increase membership and participation. I think that is key to the NOA evolving and continuing.”

New membership, he said, shows the organization is “very diverse in our growing regions.”

He continued, “My mandate is more participation. We have a lot of talented members, a lot of good people with good ideas.”

Doug’s first NOA convention was many years ago, and the event was held in Michigan. “When we walked in, my wife said, ‘Oh my gosh. There are other people like you,’” he said of his longtime passion for onions.

“In my career, I’ve been involved with all sides of the onion industry, from planting to packaging. I’ve done it all, and I understand it from start to finish,” Doug said. 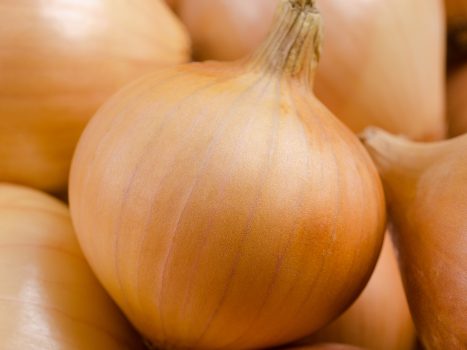