There’s no argument that a shortage of truck drivers and skilled laborers has added to the supply chain issue.

But necessity being the mother of invention, the wheels of progress seem to be moving forward: On Nov. 8, the same day Walmart announced it is using autonomous truck company Gatik to deliver customer orders from a Walmart dark store in Bentonville, AR, to a Neighborhood Market without safety drivers behind the wheel of the vehicles, Vecna Robotics self-driving forklifts, and other robotics were featured as a sponsor of the weekly Supply Chain Dive newsletter, with a link to a downloadable white paper.

The story, which is linked on the Walmart corporate site to https://www.businesswire.com/news/home/20211108005409/en/Gatik-and-Walmart-Achieve-Fully-Driverless-Deliveries-in-a-First-for-Autonomous-Trucking-Industry-Worldwide, said the retail giant’s driverless operations began in August.

It continued with a quote from Tom Ward, senior vice president of last-mile at Walmart U.S., who said, “Through our work with Gatik, we’ve identified that autonomous box trucks offer an efficient, safe and sustainable solution for transporting goods on repeatable routes between our stores. We’re thrilled to be working with Gatik to achieve this industry-first, driverless milestone in our home state of Arkansas and look forward to continuing to use this technology to serve Walmart customers with speed.”

In December 2020, Gatik and Walmart received the Arkansas State Highway Commission’s approval to remove the safety driver from Gatik’s autonomous trucks, following the completion of 18 months of successful operations. As part of its roadmap to operating fully driverless, Gatik undertook a comprehensive stakeholder engagement strategy, involving state and local leadership and emergency services, and will continue to hold ongoing informational workshops concerning its ground-breaking autonomous operations.

For its part in the battle against labor shortages, the Vecna email contained the following information and link:

“Self-driving forklifts and tow tractors can independently execute tasks and move palletized or non-conveyable goods. They are a key tool to extend staff, increase throughput, and maximize workflow efficiencies. In light of the current labor shortage, facilities are quickly responding to demand now, while preparing for the future, by adopting autonomous equipment at higher rates than ever before.

“In this whitepaper learn the basics of self-driving equipment. Explore the differences between how each operating platform works, what the abilities and limitations are of each platform, and how they can quickly advance facility operations. You will see:

The paper noted that “Vecna Robotics’ AMRs are architected with a multi-level safety system and meet or exceed all safety regulations. These powerful robots are equipped with 360-degree sensor protection and enhanced obstacle detection and avoidance, allowing smooth navigation around static and dynamic obstacles. Vecna Robotics’ AMRs run at speeds tuned to the environment and load capacity to deliver maximum throughput without sacrificing the safety of other people or machines.” 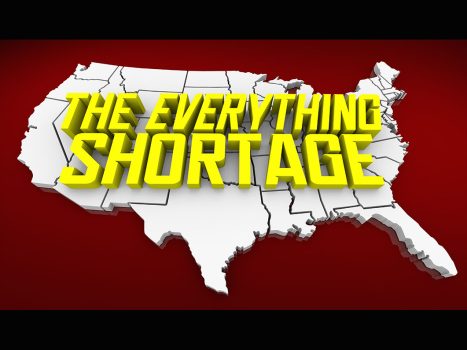