If you’re ever in the airspace above New Hampton, NY, and find yourself in a déjà vu kind of moment, the likely explanation for the “been here before” sensation is drone video by Tom Minkus and Dylan Dembeck.

The two brothers-in-law, one the son and the other son-in-law of Minkus Family Farms patriarch Rick Minkus, are both involved in the farm’s onion production and are both drone jockeys. It’s win/win.

On the farm’s web site, www.freshonions.com, you’ll find info about the year-round onion grower/packer/distributor, and here at OnionBusiness.com you’re being provided with the link to Tom and Dylan’s terrific drone footage. Again, win/win.

We think this is some of the best drone work done for onions, and we’re excited to share.

Dylan said Tom is the primary drone operator, and Tom, younger son of Rick, told us he’s been at the remote controls only a little more than a year.

“I bought my first drone in May of last year as an early birthday present to myself,” Tom said. “It was the DJI Phantom 2, and it didn’t last too long before I destroyed it.”

Undaunted, Tom bought his second drone in July 2015. “I purchased the DJI Phantom 3 Pro, which was a great improvement from the Phantom 2,” he said, adding, “After the first drone I was much more careful with the new one. I didn’t want to make the mistake again of having to buy a new one.”

Tom continued, “It didn’t take too long to master flying the drone – the key is to know the surroundings and just watch on the screen when flying.”

He said it’s “not so much looking where the drone is in the actual sky.” We were a bit surprised when Tom told us, “During most the videos I’ve made, I’ve been over 2,000 feet away from the drone itself. It’s like a video game – but when you crash into a tree you can’t hit the reset button.”

The onion guy said drone technology “is amazing, and I know of one app/website, DroneDeploy, that I can use for my drone to survey crops. But I haven’t had a chance to try it out yet.”

He said, “There are also a lot of drones and cameras for drones just for scouting crops that are unbelievable.” And he said, “I haven’t taken mine much past photography, videos – and delivering my brother a beer, which still in itself is quite amazing.”

The company is engaged in social media, and Tom said that on Facebook “I get a lot of like and shares from family, friends, other farmers near and far, and also from older folks wanting to know why they didn’t have big equipment like this back in their day.”

As for the future, sky’s the limit, so to speak. “I don’t know what’s next, and so I’m just going to keep my eyes and ears open and stay with and or ahead of the times.”

Minkus Family Farms, which was started in 1993 by Rick Minkus and a partner, has expanded with the times as well. Last December a new packing facility was added to the operation, making it one of the biggest on the East Coast. The farm itself is one of the largest onion growers in New York’s Orange County, growing yellow and reds and distributing other varieties as well as squash, potatoes and greens.

The yellow and red onions are planted, grown, harvested, packed, and transported from our family farm, with early transplant varieties are usually harvested in late July and seeded storage onions generally harvest in late August.

Rick Minkus’ background in onions started when he raised 10 acres during his high school years. He went on to work at a farm co-op after high school, spraying and fertilizing for Orange County farmers while continuing to grow his own crops.

Initially with the current farm, Rick had a 50 percent share in 60 acres, doubling within a few years. He became sole owner of the operation in 2002, and his sons, Joe and Tom, joined him at that time. Currently the farm’s operations covers more than 1,500 acres of owned and leased land, and the entire family is involved. Rick’s wife, Geri, handles the accounting side, and Dylan, whose wife Kim is the Minkus’ only daughter, joined the farm in 2014. 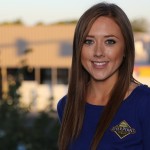