In the recently released Senate report from United States Senate Committee on Environment and Public Works, Majority Staff, an executive summary notes that while currently stayed, certain definitions promulgated by the Environmental Protection Agency will, if enacted, “codify many of the most extreme overreaches of federal authority asserted by these agencies.”

The case in point comes with the EPA assertion that soil between plowed furrows constitute “mini mountain ranges, uplands,” and dry land,” and Federal rule could impose wetland permits for the act of plowing a field.

The report, released Sept. 20, can be found in downloadable PDF format at http://www.beefusa.org/CMDocs/BeefUSA/Media/Beltway%20Beef/WOTUS%20Committee%20Report%20Final.pdf. We’ve isolated a portion of the document to run in this week’s newsletter, along with a link to a piece posted Oct. 14 at http://www.michigancapitolconfidential.com/22880.

In “EPA Expands Power by Calling Plowed Farm Fields ‘Mini Mountain Ranges’ — Federal rule could impose wetland permit mandates on plowing a field,” writer Tom Gantert looks at the furrow definition in the context of a proposed rule, the “Waters of the United States,” which uses the Clean Water Act to give both the EPA and the Army Corps of Engineers “expanded jurisdiction over private land use decisions.”

And the Senate report, Gantert said, “suggests the dispute over whether the rule goes beyond what the law authorizes will ultimately be settled by the U.S. Supreme Court. It accuses the federal agencies of playing word games to get around laws in place that restrict their oversight.”

In the meantime, Gantert reported, “The EPA has referred questions to the Department of Justice. The DOJ refuses to comment because the interpretation of the new rule is being challenged in court.”

How far does the proposed rule go? The Senate report states that “… the U.S. Environmental Protection Agency’s (EPA) and the U.S. Army Corps of Engineers’ (Corps) new regulation defining ‘waters of the United States’ (WOTUS), promulgated on June 29, 2015, will codify many of the most extreme overreaches of federal authority asserted by these agencies…” and “… demonstrates that assurances given by EPA and the Corps regarding the scope of the WOTUS rule and its exemptions to the positions taken by these agencies in jurisdictional determinations and in litigation are factually false.”

Furthermore, the Senate report states, “The following conclusions can be drawn from these case studies:
• EPA and the Corps have and will continue to advance very broad claims of jurisdiction based on discretionary authority to define their own jurisdiction.
• The WOTUS rule would codify the agencies’ broadest theories of jurisdiction, which Justice Kennedy recently called “ominous.”
• Landowners will not be able to rely on current statutory exemptions or the new regulatory exemptions because the agencies have narrowed the exemptions in practice and simply regulate under another name. For example, if activity takes place on land that is wet: o plowing to shallow depths is not exempt when the Corps calls the soil between furrows “mini mountain ranges,” “uplands,” and “dry land;”
• discing is regulated even though it is a type of plowing;
• changing from one agricultural commodity constitutes a new use that eliminates the exemption; and
• puddles, tire ruts, sheet flow, and standing water all can be renamed “disturbed wetlands” and regulated.”

The executive summary concludes, “If Congress does not act, the newly won ability to challenge Corps jurisdictional determinations and claim exemptions will be moot because the WOTUS rule establishes jurisdiction by rule that will extend to all the activities described in the case studies.”

Daniel Jusseaume, founder of Fresh on Board Inc., dies 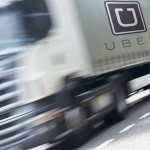