The U.S. Environmental Protection Agency issued an “all clear” statement on Aug. 14 concerning crops being grown downstream from the Gold King Mine in Colorado.

A statement from the EPA, which took full responsibility for the spill, said on Aug. 14, “We are certain that crops are safe for consumption. When the plume came through, irrigation ditches that impacted crops and livestock were shut down. Water quality data we have seen indicates no harmful effects on any agricultural products. Ground water and tap water have both been tested and have returned to pre-event conditions.”

The Gold King, located north of Durango, became a national environmental focal point on Aug. 5 when an EPA team entered the mine with heavy equipment in an effort to pump out contaminated water. The workers inadvertently released 3 million gallons of acidic heavy metals – arsenic, copper, lead and cadmium — into the Animas River, which flows south into New Mexico, where it meets the San Juan River. The San Juan is a major tributary to the Colorado River.

The EPA began assessing the situation immediately, and within days Colo. Gov. John Hickenlooper, N.M. Gov. Susana Martinez and Utah Gov. Gary Herbert each issued a State of Disaster Emergency. Warnings were also sent out regarding wells near the Animas.

Those declarations make funding available for response efforts, and legal action is being considered by each of the three states.

Fagerberg Farms named 2015 Farmer Of The Year by PrecisionAg 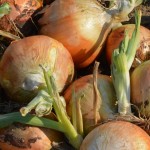 Onion News from Around the Country