As she majors in Ag Economics and Agri-business at Texas A&M in College Station, TX, Kristen Davis is working toward her place in the family business, Tex-Mex Sales in the Rio Grande Valley city of Weslaco.

Kristen, daughter of Mike and Claudia Davis, is the third generation of the onion industry family and will be working alongside both her father and her grandfather, Marvin, company founder.

We caught up with proud dad Mike earlier this week and caught up on both the company and the family.

“Kristen will join the company when she’s out of college this year,” he said. As for 17-year-old Michael, Mike said, “He’s in high school and hasn’t made a decision yet.” Eight-year-old Kimberly, however, has made it known she wants to be a part of the onion industry. “We’ll see,” Mike said, chuckling.

It’s clear that Mike and Claudia support their offspring in their individual decisions, and Mike said he’s made sure they know the time and effort that goes into working at Tex-Mex. 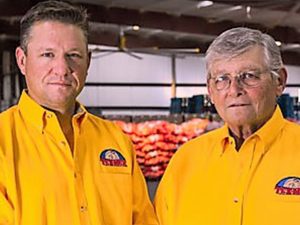 “My father started the company in the 1960s, and I’ve been working here in some capacity since I was nine or 10. My kids have all worked here, although not to the extent I did. But I believe they need to know what it is to work. I think it’s good for people to know what hard work is.”

Mike certainly has that knowledge, and it was learned first-hand. He speaks proudly of Marvin, whose own start in the produce industry was in the Phoenix area where he grew up. At one time Marvin was chain store buyer for Topco, and after that five-year stint he decided to go into business from himself. It was 1968 when Tex-Mex began, and today it is a major – and family-owned and operated – grower/packer/shipper of Rio Grande Valley and Tampico onions. The company also handles onions out of Chihuahua and the Las Cruces area of New Mexico.

Mike formally joined his dad in 1994, and the two have worked to build on the tradition Marvin established. But while on paper he’s been with Tex-Mex for just under a quarter-century, the second-generation onion man cut his industry teeth learning the industry from the bottom up. Working in the sheds as a kid, he said, he learned every job at the facility.

And over the years he’s dedicated himself to the business of long hours and lots of hard work as he and Marvin grew the company. When asked what he does in his off time these days, Mike laughed.

“I’m in New Mexico during the summer and here in the winter. That’s just the way it is in the produce industry. But we do take Christmas week off, and that’s totally for family,” he said.

Looking back at some of the changes he’s seen in the industry, Mike said they have taken place in every aspect. Mexico was a shorter window that generally wrapped up in March, and the Northwest finished in February or early March, he said. “Now they both have extended windows.”

Peru also ended in February, and that deal has also lengthened.

Nationally onion acreage has increased, he said. And varieties have changed across the board. “Most are different from what we grew in the late 1980s,” Mike said.

Technology, too, has advanced swiftly, and Tex-Mex has seen big changes in food safety and has worked to stay ahead of the curve.

“It’s a part that needs to be done, and we started our food safety and work on the Produce Traceability Initiative 10 years ago,” he said. “In the field many growers use drip now, and in the shed everything is computerized.”

Tex-Mex is committed to specialized care for its product with a system called OnionCare™, which includes hands-on harvest methods, extra care in the packing shed and inspections through USDA. Tex-Mex is GlobalGAP and Primus-certified.

And as for transportation and the related topic of electronic logging devices, Mike Davis said, “It’s been very difficult here in Texas. I don’t know if it’s a learning curve, but we have to get trucks on the road.” He noted rates had increased significantly in December and January, but Mike looked ahead to the 2018 full season optimistically. 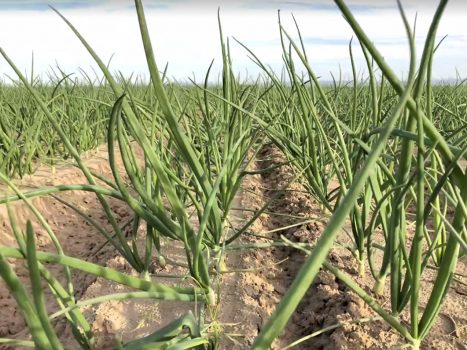 Market and Crop Update for February 1