The bipartisan Farm Workforce Modernization Act intended to provide and stabilize a legal workforce for the ag sector of this nation was introduced in the U.S. House of Representatives on Oct. 30 and has met with largely positive response, according to multiple reports.

If passed into law, the bill will “establish a program for agricultural workers in the United States to earn legal status through continued agricultural employment and contribution to the U.S. agricultural economy,” a release from Rep. Zoe Lofgren (D-0CA-19) said.

Notably, the bill has received support from Western Growers and United Fresh.

The release added that the bill will reform “the H-2A program to provide more flexibility for employers, while ensuring critical protections for workers. The bill forcuses on modifications to make the program more responsive and user-friendly for employers and provides access to the program for industries with year-round labor needs.” It will establish “mandatory, nationwide E-Verify system for all agricultural employment with a structured phase-in and guaranteed due process for authorized workers who are incorrectly rejected by the system.”

In addition to Lofgren, the bill was introduced by Dan Newhouse (R-WA-04), Collin Peterson (D-MN-07), Mike Simpson (R-ID-02), Jimmy Panetta (D-CA-20), Doug LaMalfa (R-CA-01) and Mario Diaz-Balart (R-FL-25) and was crafted as “a compromise solution for American agriculture,” as stated in a press release from Lofgren’s office.

The release noted the bill “was introduced with the strong bipartisan support of 24 Democrats and 20 Republicans.”

In the works for several months, the FWMA received input from major ag players across the nation, including labor and other impacted organizations and companies.  Ultimately, the Lofgren document said, the program will effect a “first-of-its-kind, merit-based visa program specifically designed for the nation’s agricultural sector.”

Lofgren was quoted as saying, “The men and women who work America’s farms feed the nation. But, farmworkers across the country are living and working with uncertainty and fear, contributing to the destabilization of farms across the nation. Our bill offers stability for American farms by providing a path to legal status for farmworkers. In addition, the Farm Workforce Modernization Act addresses the nation’s future labor needs by modernizing an outdated system for temporary workers, while ensuring fair wages and workplace conditions.”

Washington Rep. Newhouse added, “When I speak to farmers and ranchers across the country, labor is often their number one concern. Our nation’s agriculture industry is diverse and flourishing, but producers are in desperate need of a legal and reliable workforce. As a third-generation farmer, I understand the invaluable contributions made by farmworkers to American agriculture, and we must modernize our guestworker program to work for farmers, ranchers, and farmworkers in the 21st Century.  The Farm Workforce Modernization Act offers a strong, bipartisan workforce solution to provide certainty to both farm owners and workers through an accessible, employment-based program. This bill is the solution our agricultural industry needs.”

Dem. Rep. Collin Peterson of Minnesota said, “Agriculture needs a reliable and legal source of workers. I want to thank the bipartisan group of Members who worked with ag groups to come up with this initial bill that can help move this dialogue forward.  This effort has produced a proposal that provides a better option than the status quo for many parts of U.S. agriculture.  As this discussion continues, we need to also address meat and poultry processing workforce needs.”

And GOP Rep. Mike Simpson of Idaho added, “My constituents have been asking me to fix our immigration laws since my first day in Congress. There is perhaps no more important facet of immigration reform for Idaho and its economy than the agriculture workforce. I am proud to introduce the Farm Workforce Modernization Act alongside a bipartisan coalition of members in the first step towards solving this problem. Getting our farmers’ employees right with the law will provide economic stability to our rural communities and make our country safer by creating a legal, merit-based agriculture immigration system that allows our valuable law enforcement resources to focus on the bad actors.” Other House co-sponsors voice similar sentiments, praising members’ willingness to “working tirelessly to grind out the details of legislation that protects the people that currently work in agriculture and modernizes and streamlines our immigration system for agriculture labor.”

The legislation still needs to be signed into law, but it is being called a “big step in the right direction.”

Thus far the bill has seen support from well over 250 ag and labor groups, with United Farm Workers President Emeritus/United Farm Workers Foundation Spokesperson Arturo S. Rodriguez going on record to say, “After months of negotiations, the UFW and UFW Foundation are enthusiastic about passing legislation that honors all farm workers who feed America by creating a way for undocumented workers to apply for legal status and a roadmap to earn citizenship in the future without compromising farm workers’ existing wages and legal protections. Understanding that compromise is required to meaningfully improve the lives of immigrant field laborers, it is our hope this will be the first time the House of Representatives, under the leadership of either party, will approve an agricultural immigration bill.”

Chuck Conner, President and CEO of the National Coalition of Farm Cooperatives, said, “The legislation points the way towards achieving many of the long-standing immigration reform goals of NCFC and others in agriculture. While there are provisions that are problematic, on balance it is a good starting point for the legislative process. It provides an opportunity to obtain an earned legal status for the current workforce in agriculture; it codifies many of the reforms that the Trump Administration has made to the current H-2A program and provides some certainty over labor costs; and it authorizes a limited number of year-round visas for those farmers with year-round labor needs, such as those in dairy and livestock.” 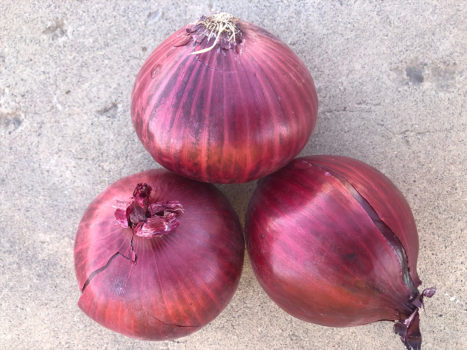