Final FSMA Transportation rules to be published in late March

The final Food Safety Modernization Act rules pertaining to Sanitary Transportation of Human and Animal Food – rules that directly affect transport of onions – will be published in the Federal Register on March 31. OnionBusiness.com spoke with Bill Trask, food safety director of Baker Packing Co. in Ontario, OR, and this year’s president of the Idaho-Oregon Fruit and Vegetable Association, for his take on the changes to come down.

Trask has represented the IOFVA and worked with the National Onion Association during the comment period of the FDA ruling process, and he said that with FSMA rules are becoming law, but those most affected “have not had guidance in how to comply” with the new rules.

He added, “We have a couple of years to become compliant with whatever that compliance is,” noting that the rules vary according to company size.

In the matter of transportation, he said that some of the wording “could drive more of a wedge between industry segments,” and he also said that trying to find clarification on USDA websites has been somewhat frustrating.

“The information is so outdated that until guidance is in place, we are not really going to know how parts of FSMA affect us.”

Trucks will be more impacted than rail in the upcoming final ruling, and the proposed rule available at http://www.fda.gov/Food/GuidanceRegulations/FSMA/ucm383763.htm state, “The FDA has proposed six additional rules that are foundational to this preventive approach encompassed by FSMA.” Rule 6 states there shall be “focused mitigation strategies to prevent intentional adulteration aimed at causing large-scale public health harm.”

Record-keeping will be stressed, with maintenance “of written procedures and records by carriers and shippers related to transportation equipment cleaning, prior cargoes, and temperature control.”

Trask said, “Record-keeping and communication are going to be key… and education will be very important.” He also said, “It comes down to having responsible people handle product.”

The economic impact of the rule is notable.

Trask said, “The bottom line is that for some people $2,000 is a big deal, and it also affects their insurance.”

Among those excluded or exempted from coverage are “shippers, receivers, or carriers engaged in food transportation operations that have less than $500,000 in annual sales.”

And the bottom line, literally, of the FSMA proposed rule is, “We lack sufficient data to quantify the potential benefits of the proposed rule. The causal chain from inadequate food transportation to human and animal health and welfare can be specified but not quantified. Because no complete data exist to precisely quantify the likelihood of food becoming adulterated during its transport, we are unable to estimate the effectiveness of the requirements of the proposed rule to potential adverse health effects in humans or animals. Furthermore, while we expect small changes in behavior (in the form of safer practices), we do not anticipate large scale changes in practices as a result of the requirements of this proposed rule. Nevertheless, improving food transportation systems could reduce the number of recalls, reduce the risk of adverse health effects related to such contaminated human and animal food and feed, and reduce the losses of contaminated human and animal food and feed ingredients and products.” 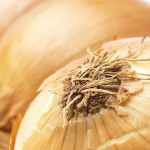 Market Update for Week of Jan. 7

Focus on Logistics: Change, And How to Handle...

Focus on Logistics: Load Boards? Do They Affect...