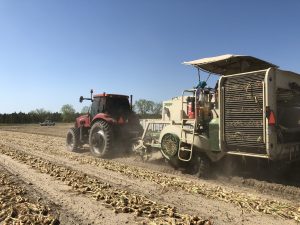 As 2018’s Vidalia onion season kicked off last week to buyer anticipation of the new crop, Bob Stafford, interim director for the Vidalia Onion Committee, said the Committee was well pleased with the first day’s activities.

Bob told OnionBusiness.com on April 23, “We were proud to be a part of the first day of the season.” The fanfare included satellite broadcasts of celebrity Chef Kevin Gillespie’s Vidalia tips, and Georgia Agriculture Secretary Gary Black also took part in the season opener.

Bob said, “Overall there was great excitement,” and he noted the famed sweet is the object of a well-coordinated promotion crafted by the Committee and Porter Novelli public relations firm.

The campaign prominently features Chef Kevin, owner of Atlanta’s Gunshow and Revival restaurants – and he’s a Vidalia fan through and through. “I look forward to stocking up on a fresh supply of onions during Vidalia season every year,” he said. “Thanks to their versatility and ability to add the perfect flavor to a wide variety of recipes, Vidalias are the only sweet onions I use in my restaurants.”

Last year’s “Only Vidalia” marketing campaign is being expanded in 2018 with its goal to “remind people of the Vidalia onion’s sweet, mild flavor profile that is an essential ingredient for a wide range of dishes including salads, dressings and even desserts.”

“We are very pleased with the ‘Only Vidalia’ campaign, which will feature advertising aimed at consumers and grocery retailers, an expanded social media outreach, blogger partnerships and a host of other activities during the season,” Bland said.

This year he and other end users can expect good quality from what Stafford said is a normal crop. “We had an unusual start, with a little snow and them some freeze,” Bob said. “There were minor stand losses, but we have very good quality and see evidence of a normal sized crop.” He said the early onions are trending to jumbos, and with harvest going through mid-June, there’s ample opportunity for onions to size to colossals.

“Our mid-season onions are still growing,” he said. “And we are very happy with the onions we’ve harvested so far.”

Vidalias are grown in 20 southeastern Georgia counties by 80 farmers, and Troy Bland, chair of the VOC, said the new season’s harvest “ensures consumers will have an abundance of Vidalia onions to add to their favorite foods.”

Now in year 27 of the Vidalia trademark, which is owned by the state of Georgia, Vidalia onions are Georgia’s official state vegetable and represent about 40 percent of the national sweet onion market.

“Every year our flavor is getting better,” Bob said. “Our promotion includes not only the media exposure but also research, which is giving us better-tasting varieties and better yields.”

The Committee’s new website will “bring the true Vidalia brand experience to new audiences,” said Whitney Jinks of Porter Novelli. She said the campaign is also expanding its social media presence on Facebook, Instagram and Twitter, and this summer there will be cross-promotions featuring Vidalia onions and other Georgia-grown products such as pecans, peaches, watermelon and blueberries.

Photos of the Week – River Point Farms and FFA 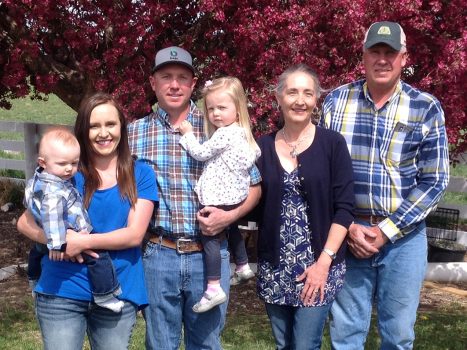