The U.S. Food and Drug Administration recently released a Constituent Update that outlines the administration’s effort for “moving forward with implementing the FDA Food Safety Modernization Act, with the first major compliance dates beginning next month for large food facilities.”

The release, dated Aug. 23, notes, “While the major provisions of the FSMA rules are being implemented as planned, the FDA today issued a final rule that extends and clarifies the compliance dates for certain provisions in four of the seven foundational rules. These changes are part of the FDA’s continuing efforts to make the rules as practical as possible while still protecting public health. The final rule addresses technical issues and better aligns compliance dates across the four rules.”

It continues, “The provisions in the final FSMA rules remain unchanged, and the FDA also issued today a new draft guidance to help industry to comply with certain requirements in the Preventive Controls for Human Food rule. Compliance dates are fast approaching for large food facilities that produce human and animal foods: Human food companies other than small and very small businesses will need to come into compliance with the Current Good Manufacturing Practice, Hazard Analysis, and Risk-Based Preventive Controls for Human Food rule by Sep. 19, 2016.

The two CGMP and preventive controls rules, as well as five other foundational rules to be implemented over the next several years in an effort to strengthen FDA oversight of produce, imported foods, sanitary transportation and intentional adulteration, “will create the preventive and risk-based food safety system mandated by FSMA and reduce foodborne illness.”

The release continues, “The changes announced in today’s final rule impact the compliance dates for certain provisions in these four rules: the two CGMP and Preventive Controls rules for human and animal food, Foreign Supplier Verification Programs (FSVP), and Produce Safety. The changes include providing more time for manufacturers to meet requirements related to certain assurances that their customers must provide, more time for importers of food contact substances, and other extensions to align compliance dates for various other food operations or provide time for FDA to resolve specified issues. The rule also clarifies the timeframe for agricultural water testing.”

The draft guidance was published Aug. 23 and is available for public comment. It involves five chapters of what will be “multi-chapter guidance designed to help businesses comply with the CGMP and Preventive Controls for Human Food Rule.” The draft guidance explains FDA’s stand on compliance with the requirements for hazard analysis and risk-based preventive controls and “includes a discussion about establishing a food safety plan.” 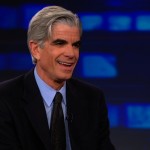 PMA a big draw for onion exhibits, marketing strategies in ‘16