With damage still being assessed for recent historic floods in the Midwest and wetter and warmer weather expected to continue across much of the that area as well as the South and Southeast, virtually every aspect of American life is feeling the impact, from individuals and families devastated by personal losses to every industry working to help mitigate some of those losses.

With damage still being assessed for recent historic floods in the Midwest and wetter and warmer weather expected to continue across much of the that area as well as the South and Southeast, virtually every aspect of American life is feeling the impact, from individuals and families devastated by personal losses to every industry working to help mitigate some of those losses.

Our hearts go out to those who are weathering these storms, and we’re praying for your safety and also for recovery and restoration.

Relief efforts include getting goods to people impacted, and transportation has been hard hit, both on the highways and on the rails, by flooding. It could continue, too.

In the forecast, according to a story posted on March 20 at https://ktla.com/2019/03/21/historic-widespread-flooding-in-midwest-will-continue-through-may-noaa/, “The spring flood outlook is not good news for those already devastated by flooding in the Midwest and down the Mississippi River, according to an outlook released [recently] by the US National Oceanic and Atmospheric Administration.” The story went on to quote Ed Clark, director of NOAA’s National Water Center in Tuscaloosa, AL. He said, “This is shaping up to be a potentially unprecedented flood season, with more than 200 million people at risk for flooding in their communities.”

Moreover, the NOAA outlook “calls for nearly two-thirds of the lower 48 states to face an elevated risk of flooding through May, with the potential for major to moderate flooding in 25 states across the Great Plains, Midwest and down through the Mississippi River valley.” It’s shaping up, in the words of Mary Erickson, deputy director of the National Weather Service, as potentially “worse than what we have seen in previous years … even worse than the historic floods we saw in 1993 and 2011.” Spring weather conditions call both for “above-average precipitation during the period for most of the continental United States, heightening flood concerns in many locations” and for temps, “the eastern third of the country is expected to see above-average temperatures, while most of the Great Plains is due for below-average temperatures.” According to the story, “The outlook is not a day-to-day ‘forecast,’ per se, but rather a general expectation of average weather patterns — and this year’s outlook takes into account the presence of El Niño, which can influence the weather patterns over the United States.”

With travel/shipping severely affected, some good news came at https://www.drugstorenews.com/retail-news/retailers-dedicate-resources-to-midwest-flood-recovery/ and the story about several retail outlets working to support those in need. Hy-Vee, Walgreens, Walmart and Sam’s Club and CVS Health’s Aetna “are offering various forms of support to those affected,” with Hy-Vee staging a fundraising effort that allows shoppers in Nebraska and Council Bluffs, IA, to donate any amount at checkout to the American Red Cross of Nebraska and Southwest Iowa, with the retailer matching all donations up to $50,000.

Walgreens announced a $25,000 donation to the American Red Cross, “in addition to the donations of OTC medications and medical supplies to various community organizations in Iowa and Nebraska, where it operates 128 stores collectively.” The retailer has also allowed Iowa and Nebraska customers to make donations at checkout.

Walmart, Sam’s Club and the Walmart Foundation “have committed to providing $100,000 worth of support in cash and product donations,” with the three donating “$50,000 in supplies and $50,000 in cash to the Red Cross and the United Way in Iowa and Nebraska.”

Looking at how the supply chain has been affected, a story posted at https://www.supplychaindive.com/news/midwest-flooding-truck-pricing-spot-market-rates/551202/ on March 25 said that shippers were flocking to a trucking spot market amid Midwest floods. Writer Emma Cosgrove noted the “U.S. Army Corps of Engineers in Omaha said much of the levy system in the area ‘remains compromised,’” and sections of major the major trucking routes of I-29 and I-680 in Iowa, Missouri and Nebraska at that time had been closed for nearly a week, although some parts were reopening. “Nebraska Gov. Pete Ricketts signed a handful of executive orders last week to keep freight and relief supplies flowing. One order temporarily lifted weight and length restrictions while another waived registration and fuel tax permits until April 15. Kansas Governor Laura Kelly also signed an executive order waiving permit fees to ease the transport of relief supplies and animal feed. Last week, the Federal Motor Carrier Safety Administration issued a Regional Emergency Declaration covering 16 states, suspending requirements concerning hours of service, inspections, hazardous materials transport and parking among others,” Cosgrove reported.

And, she wrote, “Charley Dehoney, CEO of Manning’s Truck Brokerage in Omaha, Nebraska, told Supply Chain Dive the situation stands to have a lasting effect on truck pricing dynamics in the Midwest and Southwest.”

It was also noted that the coming produce season would make for an interesting situation to “see where the trucks go to maximize their profits,” Dehoney said. His quote continued, “We need the supply here in the Midwest, and rebuilding hasn’t even begun. Companies are using their fleets to manage losses and help their neighbors. Fleets can’t get their trucks to shippers who have been stranded fast enough.”

On the rail side of the equation, “Union Pacific, Norfolk Southern and BNSF continue to asses track damage as the waters recede in some places. The first order of business in doing so, reported Railway Age, is removing felled trees and debris before the state of the tracks can be truly assessed.” In addition, the interruption in service has delayed shipments of ethanol, “causing industry groups to express concern of price fluctuations…” 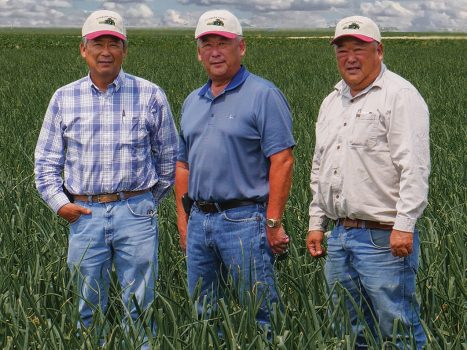