The news is not necessarily new.

Earlier this year, stats were piling up on the various industries that were experiencing severe shortages of workers. A story published in February at https://www.truckerstraining.com/top-10-jobs-shortage-workers/, a site designed for the trucking industry, listed the top 10 occupations hardest hit by lack of employees, and from the bottom up, those occupations were nurses, drivers, engineers, teachers, IT staff, sales, laborers, restaurant/hotel staff, accountants and skilled workers.

Two of the top 10 directly affect produce and onions, with trucking number 9 and foodservice number 3 on the list.

Opinions on ramifications vary, but the general consensus is that the pandemic is at the root. In a June 9 article published by Restaurantdive.com, the author cites one major pandemic-caused reason for the quit rate given by employers as well as another reason given by employees.

Employers cited extra unemployment benefits as having kept employees from returning to their jobs, and the employees themselves indicated it was low wages and tips coupled with safety concerns that prompted them to think about working in other fields.

The whole story can be read at https://www.restaurantdive.com/news/quit-rate-for-restaurant-workers-hits-all-time-high/601496/.

Reporter Julie Littman noted that the hotel/restaurant industry reported in April 1.3 million job openings, up from just under a million in March. That was roughly five times the number of openings in the early part of the pandemic. The hiring level in April was 1.2 million, compared to 395,000 at the same time in 2020. The industry is hiring, but one takeaway in Littman’s article was a quit rate of 5.6 percent, which the piece said represents an all-time high.

At the same time fast-food and family chains have set lofty hiring goals, with some restaurants offering new phones or hiring bonuses to bring employees in, and wages were rising in the spring. April saw an average hourly for non-supervisory at close to $15, up a dollar from January.

Litmann said the industries are “clearly switching to massive hirings instead of mass layoffs.”

Another take on the worker shortage can be found at

https://nypost.com/2021/06/20/worker-shortage-sparks-rent-a-staffer-boom-in-food-industry/, which said that New York food suppliers are hiring “mercenary truckers from Alabama — and they’re putting them up in hotels in the Bronx because they can’t find local drivers.”

The temporary worker response, or “rent-a-staffer,” as the headline called it, was outlined by author Lisa Fickenscher on June 20. She said that in addition to hiring from out of state and providing lodging, employers are also using recruiters to secure the workers.

The tactic, she said, is also “helping drive up prices for consumers.”

One CEO of a supplier for the foodservice industry said no one had considered such measures prior to the pandemic.  The exec also said he’d lost 40 percent of his truckers and warehouse workers during COVID-19, forcing him to bring in workers from other areas as foodservice began opening up this spring.

The number of trucking jobs cut in April 2020 was the single largest ever, the story said in quoting the Bureau of Labor Statistics, with 88,300 jobs gone.

The CEO contacted a supplemental service operation that rents out truckers, and the CEO said the cost of such services was a premium, and a trucker outsourcing operation said the lack of employees was critical, particularly in the food sector. That is demonstrated at supermarkets experiencing a lack of warehouse workers.

In the meantime, the labor shortages and high wages are bringing higher prices at the register, with the food supplier CEO noting a 7 percent average increase in the first quarter, more than twice the normal increase of 2-3 percent.

Staples have seen spikes of more than 50 percent for some items, and meat is up by about 20 percent, the CEO said.

The story looked at the lack of drivers in the food industry specifically and wrote that the shortfall of some 15,000 drivers, coupled with the shortfall of 17,500 warehouse workers, translates to a vacancy rate of approximately 12 percent per company.

The story cited sources who said drivers can make $3,000 per week now, and Craigslist posts show jobs offering not only the $2,000-$3,000 per week incentive but also signing bonuses.  One such bonus was $15,000, the story said – with the qualifications including six months’ experience and a clean driving record. 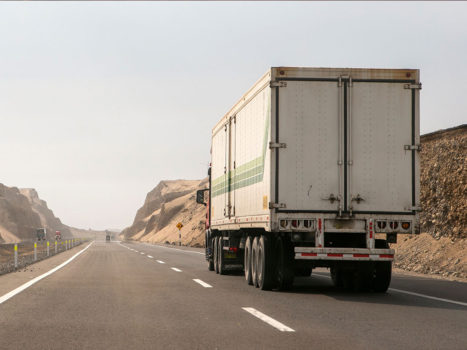 Focus on Logistics: Cause and effect, Driver shortage is everywhere, affecting everyone