One of the packaging industry’s most respected pioneers, Kenneth Fox, founder and owner of Fox Packaging and Fox Solutions in McAllen, TX, celebrated his 87th birthday on Aug. 13 – and with his trademark enthusiasm, he told OnionBusiness’ Sherise Jones he has no plans to slow down, much less stop working.

Sherise caught up with Ken and his son, Aaron, recently in Boise, ID, during one of the father/son team’s frequent trips to visit customers.

Ken reflected on his long and truly remarkable career in the industry, noting one secret to his success is to pay attention to change and stay current with technology and consumer demands.

“All of my family members and staff work hard every day to stay ahead of the curve, and that includes me,” Ken told Sherise. “I go into the office every morning, and I don’t plan on stopping anytime soon. Why would I? What else would I do? I am definitely not one to sit around.”

And that’s been a lifelong trait, as he went on to explain.

Born in St. Louis, MO, on August 13, 1932, Ken grew up working at his father’s furniture business. Sadly, his father died at an early age, and Ken found himself at the helm of the business. Eventually selling the operation, Ken used its proceeds to provide for his mother. And then he struck out on his own, with his wife, Elaine, by his side.

He started in a feedlot, and when that company was sold, Ken went on to work with Pioneer Bag Co., serving the wheat and flour industry. Pioneer then opened up a fresh produce bag division, and Ken traveled to North Dakota, Florida and Texas meeting prospective customers and establishing a solid client base.

Ken told Sherise that after four years of consistent road travel, he decided that he needed to move his young family, and he and Elaine settled on Texas as the place to raise their four children.

“Ken and Elaine moved to McAllen to start a new chapter,” Sherise said. Ken told her that their youngest son, Aaron, was born in Texas, and he noted, “All three boys [Aaron, Keith and Craig] work in the business, and grandsons Lucas and Jacob have joined the team as well.”

Ken said, “Everyone thought I was crazy at the time, and I probably was.  But at the time, I thought that I would be more successful if I had more control over the product. It was tough selling other people’s products. So in 1964 I started Kenneth Fox Supply Co.”

The beginnings of Fox Supply Co. were modest, but Ken Fox’s perseverance and complete understanding of the industry and customers’ needs built what he has today.

“When I started the company, I had the money to buy used bag equipment, and I brought two bag experts to Texas from Missouri,” Ken said. “They were Ed and Bernice Evans. Ed knew the equipment, and Bernice was a master at sewing. Looking back, I couldn’t have made it without their help.”

He continued, “I couldn’t afford to buy my own place, but I had fostered friendships with produce owners in the area, and I would use their sheds in the off season to set up shop. I moved from place to place, manufacturing bags until I was able to buy a small place.”

The seeds of a successful enterprise had been planted. “It was a great team with Ed and Bernice and the people I hired,” Ken said. “We were able to expand to Mexico, Florida and Colorado. Eventually, we went to Idaho and New York.”

Ken is quick to credit others, saying, “My relationships had much to do with my success. I worked with the ‘King of Onions,’ Abe Katz, owner of Valley Onion in South Texas, as well as Isadore Rapasadi, who was also affectionately known as ‘The Onion King of Canastota.’”

And, he said, “Through these relationships and other ‘street’ sellers, I was introduced to growers and packers and was able to develop relationships with them. Back then, a lot business was done on the terminal markets. It was about 80 percent street business and 20 percent chain stores. It’s much different these days.”

Tech and design change and progress are ongoing in the packaging world, and Ken recalled how the business changed and grew in the late ‘70s and early ‘80s, when he and his team developed the draw tape bag closure.

DeBruyn Produce headquartered in Michigan picked it right up and the industry quickly followed, he said.

“The draw tape really changed the bag industry. Imagine having to hire and train employees to be skilled with a needle to close bags. The draw tape solved a lot of headaches and increased efficiency,” Ken said.

With a determination to stay on the cutting edge of the fresh produce industry, Fox Packaging designed and patented the Fox Fresh Mesh Combo Bag®, a blend of mesh and poly material.

And Fox Solutions equipment company became another arm of service a decade ago, selling and supporting state-of-the-art, custom packing equipment and partnering with numerous manufacturers to offer the best machines on the market. This year at Viva Fresh in San Antonio Fox Solutions was recognized for its work in pouch baggers with the Most Innovative Equipment Award and again at United Fresh in Chicago with the Innovation Award for the best new processing/packaging equipment.

Sherise asked Ken about the company’s decision to pursue equipment, and he said, “We started Fox Solutions out of necessity really. We found that we could better serve our customers if we could offer quality equipment that worked well with our bags.”

Addressing the remarkable evolution of packaging since Fox first started more than five decades ago, Ken said, “You know, a lot has changed. The ‘street’ days are over, and today much of the business we do in a variety of produce categories, not just onions, is handled at the chain level now.”

And, he added, “We do a lot with consumer packaging these days. It’s a whole different ballgame than it used to be.”

Produce has been Ken’s career, and Sherise asked the veteran what words of wisdom he might give to someone entering the industry or even considering a job in produce.

“If you are thinking of getting into the business, you better sit back and really analyze if this is what you want to do,” Ken said earnestly. “The fresh produce business is very demanding. It’s a product you must move fast, and there is no room for error.”

He continued, “If you can’t handle that kind of pressure, it’s probably best to pursue another career. Maybe that’s not what people are expecting me to say, but that’s the honest truth.”

Everyone who knows Ken or even knows of Ken can take his advice to the bank – and judging from the Kenneth Fox Supply Co.’s lasting success, Sherise said, “Ken, his family, and dedicated staff have been able to handle the pressure and do what it takes to stay ‘ahead of the curve.’ After more than 50 years in business, Fox Packaging and its younger sister company, Fox Solutions, are not only considered icons in the industry but also pioneers of new and creative industry innovation.”

Happy and Blessed Birthday, Ken Fox! Here’s to many more! 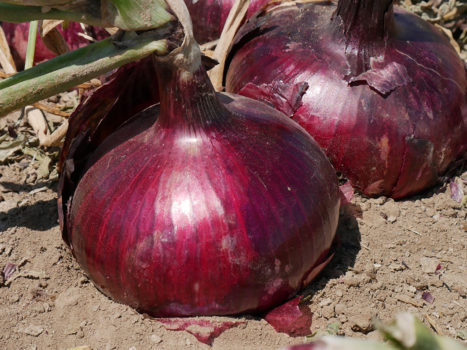