Michael Blake, managing director of New Zealand Onion Co. Ltd exporters, Seagrove Farms Ltd. growers and Tasman Seed Ltd. onion seed breeders, all based in New Zealand, provided us with this great Dec. 20 update of the crop in the Pukekohe production area and a look at the global market.

“As the sun shifts south, so the 2018 onion harvest looms on the horizon Down Under, and the challenges of the season so far continue to play out on the current outlook for the 2018 season.”

Mike continued, “The overall acreage planted in 2017 for harvest in 2018 is almost the same as 2017, but from March to October the main onion production area in New Zealand (Pukekohe) recorded
in excess of two meters (80-plus inches) of rainfall spread over late autumn through winter. The spring was non-existent as we went straight into summer.”

He explained, “It really started in the back end of the harvest in March and never let up, and this made ground preparation difficult and planting in (June/August) midwinter challenging.” He cited “wet and cold soil conditions which were far from optimal.”

The upshot, he said was that “later-than-desirable planting dates, and then in November the tap was suddenly turned off, and the irrigation scramble started as all crops looked for the water and growers struggled to get around the crops in a timely fashion.”

And, “The end result has been far from ideal leaf growth, and now we have encountered a prolonged dry spell [which] will lead to a smaller crop profile and overall yield than desired. We expect a reduction of some 10-15 percent in overall yields.”
Mike called the season “a year of extremes, and the crops that have been well watered will turn good sizes and yields – but on the other hand crops without any irrigation are now showing growth stress and leaf tip die back as a result.” And then because of “continual hot conditions, thrip numbers are increasing rapidly, and the end result will be disappointing for those affected by these extremes.”

On the market side of the equation, Mike wrote, “The market is not yet established as the change over from old stored crop has not gone as normal.” He said there is “too much old crop in store and a lack of domestic opportunity for the softer over-wintered Japanese types.”

He said, “There is some early interest from Asia for large brown onions 80-plus mm and strong interest from Europe for the red crop.
With a large storage crop in Holland and the rest of Europe, we are anticipating a slow start to the Southern Hemisphere pull. The overall required volumes will be determined by the European crops long-term storage ability. Given that they encountered a late harvest in less than desirable weather, there has to be some question mark overall to its quality long-term.”

Mike concluded, “We will have to wait and see, but reports now from Asia of quality issues on arrivals from Europe give us some cause for optimism or hope for 2018. The jury is out as to the prospects for the 2018 season, but the weather over the next two to three weeks will play out the cards for many if they have not already.”

And, he wrote, “We wish everybody a Happy Christmas and a prosperous 2018 onion season!”

Check out more photos from Blake” 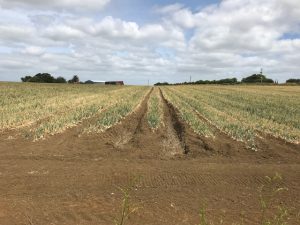 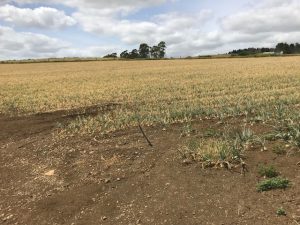 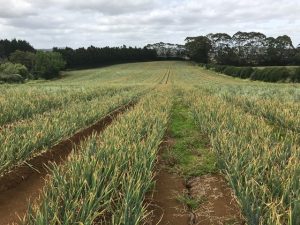 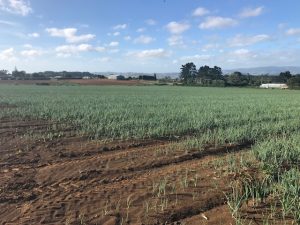 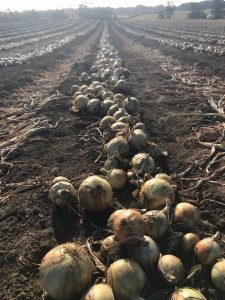 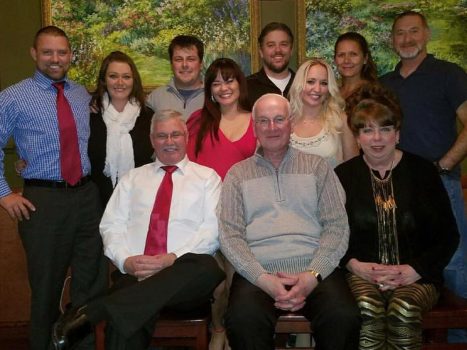