Earlier this summer, Glennville, GA-based G&R Farms partnered with 13 regional and national retail operators across the nation to raise funds through the Growing America Farmers promotional program for FFA students in the United States.

GAF is the brainchild of Walt Dasher, vice president of G&R, and the effort paid off big-time, with nearly $90,000 in scholarship and grant funds raised for Future Farmers of America youth in students in 22 states.

Walt is a third-generation southeast Georgia farmer and a strong advocate of FFA, and during the past five years, GAF raised $150,000 for FFA member scholarships. This year GAF broke records “thanks to growing retail and partner support, including first-time grower-shipper participant Bushman’s Inc. with many participating retailers seeing increased sales during the promotional period,” a company release said.

“The program works by the supply partner setting aside a percentage of total retail sales for the participating retailer, followed by a donation being made to the National FFA Foundation in the participating retailer’s name. The National FFA Foundation then redirects those funds back to state and local FFA programs of the retailer’s choice where they support students pursuing careers in production agriculture,” the release continued.

“Now, more than ever, production agriculture is at a crossroads that requires all areas of the supply chain to be engaged and support future agriculture leaders that will grow the food needed to support a growing population that will need 70 percent more food by 2050,” it said.

And it quoted Georgia Agriculture Commissioner Gary W. Black, a long-time supporter of the GAF program, who remarked, “The Growing America’s Farmers program shows the importance of upstream and downstream business partnerships and the valuable resources they provide to foster and create opportunities for students by supporting endeavors that could ultimately have a significant impact on our local, state, national and global economy. The more we can highlight and encourage these types of partnerships, the more likely we are to reap the rewards and support future security in our food systems.”

The release said, “That food security in production agriculture is what Dasher is so passionate about when he talks about the next generation of farmers.”

Dasher said, “The current average age of the American farmer is 58 years old, and they are part of multi-generation family farms that are facing more pressure. We need to attract, support and train young agriculture leaders that will become the torchbearers and next generation of food producers. The FFA is truly one of our greatest resources to do this well.”

The release explained, “Across the country, FFA is attracting and training those leaders. In fact, FFA membership is at a record high with 760,000+ members in 8,739 chapters across all 50 states, including chapters in 24 of the 25 largest U.S. cities. Additionally, it is setting records in member diversity.

“One participating Midwest retailer had this to say about their participation in the GAF program, ‘We are a proud supporter of the Growing America’s Farmer program. American agriculture is vital in today’s world as it not only feeds the world but helps maintain the quality of land that both nourishes us and also helps protect our natural resources, and we remain committed to supporting farms and the farm families who are the backbone of our fresh offerings.’”

And Walt said, “As a third-generation family farm, this is about more than marketing and promotions; this is a personal mission that hits at the heart of who I am and what I stand for.” He added, “As professionals in the food industry, and as consumers, we should all recognize how important it is to support, foster, and inspire the next generations of producers who will not only grow our food but also elevate our food systems. This is how we will be able to secure our ability to have access to one of the safest, most accessible food supplies in the world.”

USDA to provide aid to farm/food workers impacted by COVID 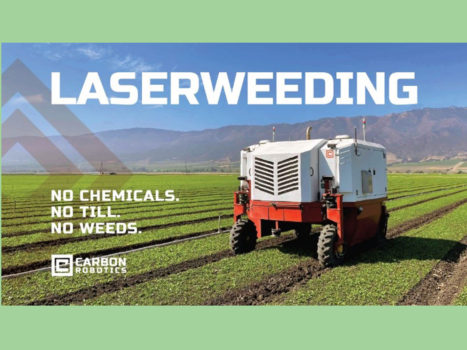