If the name Rick Greener is familiar to you, there could be a couple of reasons why. One, he’s worked in produce for a number of years, moving primarily onions, potatoes and apples, and he recently launched his own company, Greener Produce, in Ketchum, ID.

And two, if you’re an extreme skiing fan, you know him from the Big Screen. Yep, that Rick Greener. The Boise native, who says he grew up “between Idaho and Minneapolis/St. Paul,” has been equally at home in the world of fresh fruit and vegetables and the terrain of the world’s most challenging ski slopes. His home vertical turf was at Snowbird and Alta.

Featured in numerous ski movies, Rick – who also owned and operated a rock quarry in Sun Valley, ID – met his wife, Carrie, in 2002, and he retired from skiing in 2008

In 2011 he put on the produce hat, a transition, he said, that was more or less the result of his DNA.

“My grandfather was a receiver in Boise, and I would visit his little building when I was a kid,” he said. The downtown office had rail siding, and Rick said it was always bustling with people on the phones taking orders and conducting business.

“I never understood what was going on when I was little, but when I got into produce, I realized that’s what he was doing. He was a receiver,” he added.

Greener Produce’s start date was June 18, and working with Greener in sales are Micah Black, Lincoln McNulty, and Susie Mills. Rick said he will offer commodities “A to Z, with a focus on the Big Three, onions, apples and potatoes.” Greener will work with shippers and receivers in all regions of the United States and Canada.”

“We will work to get the best product at the best price,” he said. “And our goal is to be the very best ‘free-range’ brokerage, working from wherever we are. We travel a lot, visiting our customers and growers as we go from place to place.”

He added, “We can work from anywhere – I’ve sold loads while on a chairlift.”

Initially, Lincoln and Micah will be based in Ketchum with Rick. Susie will travel between Alta and Hood River, Rick said. 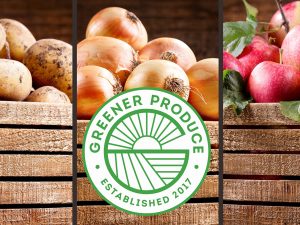 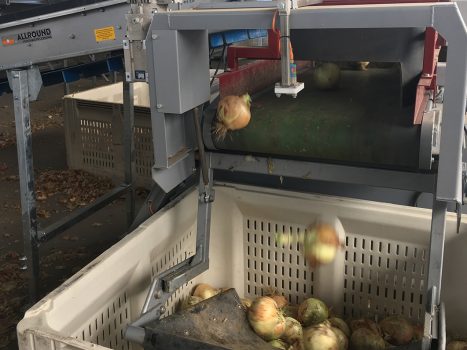