Though new to onions, Greg has led the Arkansas Rice Growers Association and the Missouri Rice Council in a similar capacity for more than a dozen years, establishing solid footing with Congressional leaders in Washington, D.C., and working closely with the USDA.

OnionBusiness.com spoke with Greg on Dec. 11, catching him during a break in his busy schedule and asking him about his move to Colorado.

“I submitted my name [to the NOA] because I’m interested in working with national associations,” he said, adding, “My background is in agriculture and lobbying, and the fact the Association is in Colorado didn’t hurt either.”

Yielding began his career in his home state of Arkansas after graduating from the University of Arkansas in 1984 with a BA in Liberal Arts.

“I studied a lot of economics while in college,” he said. His early job experience includes sales for a company handling UArkansas sports memorabilia and apparel, and he also served as reading clerk for the Arkansas State Senate when the legislature was in session.

Both stints afforded him insight into what he’d be doing later as his job focus changed to ag. In 2005 he started with the ARGA/MRC, both of which are part of the United States Rice Producers Association, working as director of emerging markets and special projects. In that dual capacity he lobbied for the rice producers both nationally and regionally, interacting with the other rice-producing states of California, Texas, Louisiana and Mississippi. Much of what he applied to that tenure will carry over to the NOA, he said.

He said relationships with key players in ag are important – “We need to know who they are and have them know who we are and how to reach us,” he said. “We have to be proactive rather than reactive.”

Greg also spoke hopefully of the Farm Bill that recently passed the Senate and is now waiting on House approval. “It looks positive,” he said of the bill’s benefits to specialty crops.

Eager to relocate to Colorado, Greg said he and wife, Caroline, and their eight-year-old son, Elisha, will be moving to Greeley soon. Twenty-two-year-old Zachary is currently serving in the U.S. Marine Corps. 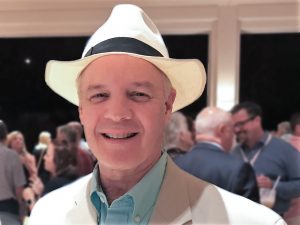 And his recent attendance at the NOA Winter Convention in Maui served as introduction of Greg to dozens of onion industry members from across the nation.

“The onion guys have been very welcoming, and Wayne will stay on for a few months to show me how things work,” Greg said. His goals, he said, are to “work with the staff and learn how the Association operates, and right away we’ll start planning meetings.”

In addition, he said, “We’ll work to expand membership. And I hope to help with trade issues.” His career has taken him to existing and potential markets, including the Pacific Rim, Romania and the Ukraine.

Greg also wants to work with NOA members on issues such as labor and transportation, reaffirming the need to be proactive.

“Onion producers know they’re a lot better together as a group than they are individually,” he said of tackling issues that the industry faces. “There are several regulatory issues we’ll deal with, and hopefully that Farm Bill will get through.”

B. Otani Farms a fourth-generation portrait of loving the land 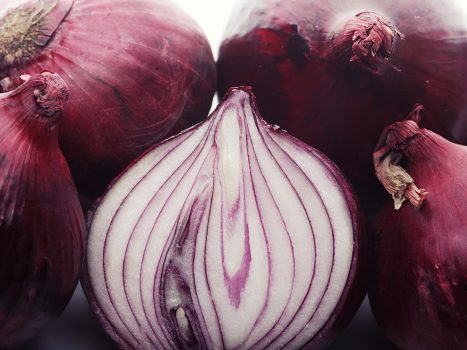