Long before David Homewood brought his family from Iowa to farm in the Uncompahgre River Basin in the early 1900s, the bountiful – and beautiful – area of Colorado’s Western Slope had been home to the Ute Indians and also traveled by Spanish explorers.

In the mid-1800s, the valley’s mineral riches lined the pockets of gold miners, and its geography provided passage for the Denver & Rio Grande Railroad and the railroad town of Pomona, later to be called Montrose.

North/slightly west of Montrose, the farming community of Olathe was established in 1896. Today the Olathe area is known for its diverse fruit and vegetable production, with onions, sweet corn and a variety of tree fruit grown in abundance. For more than a century the Homewoods have been part and parcel of the region’s ag industry and today grow a number of crops, including onions sorted and packed by family-owned Coal Creek Produce LLC and marketed by Southwest Onion Growers of Mission, TX, and Syracuse, UT-based Onions 52.

According to Ryan Homewood, great-great-grandson of David, the Homewoods’ Western Slope legacy took root with David and has grown over the generations.

“David Homewood came from Iowa to get his start in the Olathe area.” Ryan said. “David’s son Isaac continued ranching and farming.”

Though much has changed in the area, Ryan said, “The family is still farming some ground that was farmed four generations ago.” He added that the operation’s ranching component consists of 250 mother cows and a back grounding feedlot operation. Duane manages the cattle throughout the year. 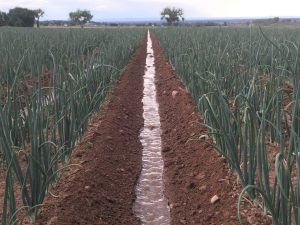 Onions are a big part of the Homewood family’s tradition, and Ryan said the onion program has evolved “from sorting at a local co-op to renting a building in Olathe to building our own shed.”

He said, “The Homewoods built Coal Creek Produce onion sorting/packing facility in 2010 in an effort to increase and manage production.” Ryan added that from a convenience standpoint, “It made sense to build our facility close to the farm. We wanted a bigger and cleaner shed to run our product.”

However, “Little did we know what we were getting into,” he said. “The shed would be easily outgrown, and the big food safety scare was about to hit.”

Determined to stay ahead of the food safety curve, Coal Creek Produce went from “not knowing anything about third-party audits to being told we were overdoing things,” Ryan continued. “CCP takes a great deal of pride in our facility and the product going out.” 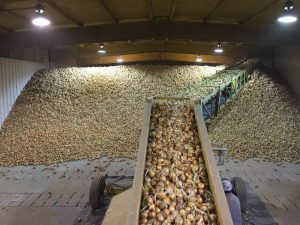 But he said, “We have run into some bottlenecks within the last few years as far volume capacity in the facility. One of the challenges we are facing is that we are and aren’t big enough to go fully automated. I see the need to keep upgrading with the lack of labor in our area and the volume we need to run when its go time.”

The Homewood farm currently raises 200 acres of intermediate and storage onions, he said.

“Varieties consist of reds, yellows and early Spanish. Seventy percent are storage onions, and 30 percent hand clipped. We grow varieties that have proven to have good storage life, color, uniformity, and superior quality.”

Noting that Uncompahgre Valley “is much diversified with a lot of potential for growing specialty crops,” Ryan said, “This also brings us some pain with farming practices. A lot of our fields are odd shaped and sloped on different angles. This makes drip irrigation and pivot irrigation nearly impossible.”

The farm uses some overhead and has done drip in the past, but Ryan said, “The majority is all furrow irrigation, so we have to conventionally farm our land. It’s very labor intensive to get to the final product.” 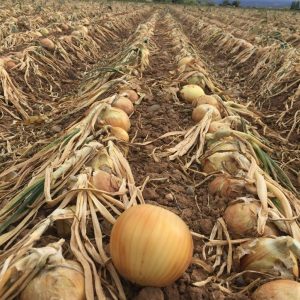 Looking at Isaac and Howard’s five to 10 acres of onions, Ryan said their small crop “was very labor intensive for the times. Using horses and very small equipment, they were able to produce onions that were hand topped and bagged in burlap sacks that were then hand-sewn shut. They would haul them to root cellars and store them through the winter months, selling them locally.”

The good old days have definitely seen some tech shifts.

“Methods have changed in production with technical advances in GPS tractors, sprayers, harvesting equipment, drip and pivot irrigation, crop inputs, automated storages and marketing,” he said. Coal Creek’s farm uses GPS, and the center pivot is controlled by remote device. Some of the storages are also remotely controlled.

Still, there are some pluses that didn’t carry forward from the good old days.

“Past generations had good field labor but did not have the technology,” Ryan said. “Now we have the technology to grow better crops with better yields but do not have the field labor that is still necessary with our onion and sweet corn production.” He said labor is very tight in the region, and the farm co-ops with other growers for H-2A workers at harvest time. He said CCP has six full-time employees, some of whom have been with Duane for 25-30 years. 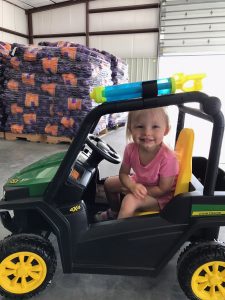 Next generation of Homewoods, Ryan and Jessica’s daughter, Ava

While he keeps tabs on the farm with Duane, Ryan’s also on top of communicating with CCP’s sales partners “to make sure orders are filled correctly and there’s transportation in our corner of the state.” He said of the valley’s geography, “Basically everything we send out goes south and east, and it can be hard to get trucks in the Colorado snow when every way out is up.”

Also, mandated electronic logging devices “really did hurt us for a while,” he said. “It’s eased up somewhat, but we did see transportation problems as a direct result of the ELDs.”

During shipping season, which runs from September into January, the operation sorts and packs 3# consumers, 2# consumers, RPCs and an assortment of bulk bags upon customer request. Ryan said he and his dad are “hands-on from the start of planting to final shipping,” and Ryan works closely with Southwest Onion Growers and Onions 52 while onions are being grown to final pack out. 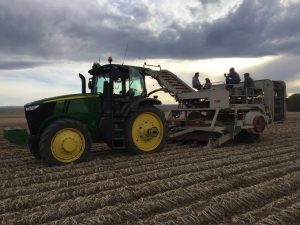 With a degree in Ag Business from Colorado State in Fort Collins, Ryan is well placed on the family farm and looks forward to carrying on with the Homewood name.

“The agriculture industry is a unique marketplace in that people have to eat,” he said. “There are fewer and fewer farms every day, and though technology is rapidly increasing food production, I wonder if it will be overrun by population.”

He continued, “The point being that ag is a good place to be if you can handle the bumpy ride. Farmers have to wear a lot of hats, from knowing how and what plants need to grow and keeping up with technology to also keeping up with regulations coming down the pipe with FSMA and food safety. There is also running numbers and then trying to find time with the family. People in agriculture have to be constantly rethinking how to do things to survive.” 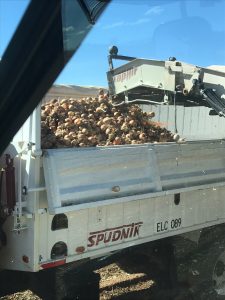 It’s more than just a full-time job, he said. “You have to be on the farm every day, showing the employees how crucial it is to do a good job and making sure everything is done correctly, and this affects your office time.”

Key? “Finding balance is where the challenge lies with managing a farm that is teetering on the edge of being big but not too big.”

But when each day is ending and it’s time for reflection, Ryan Homewood is where he wants to be, with wife Jessica, three-year-old daughter Ava and year-old son Ryker.

“The Homewood family feels blessed to live in such a beautiful area near family and friends,” he said. 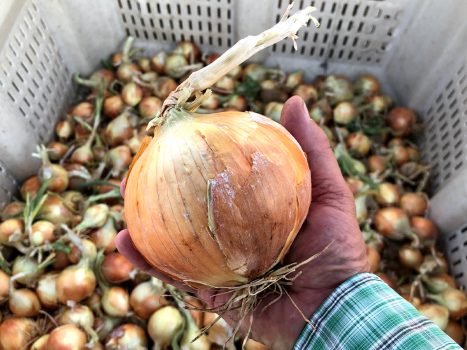