It was in the mid-19th century that Western pioneer James Gordon Kinney first laid eyes on a stretch rolling hills and unending grassland in what is now southern Washington State. Story goes – at least as told by Wikipedia — that Kinney, so smitten by the sight of “knee high grass that fed the large bands of feral horses that roamed,” exclaimed, “`This is surely a horse heaven!’”

Forty years ago the Prosser, WA, region in Benton County also became home of Sunheaven Farms, a five-family collaboration of independent farms with a focus on onions. Sunheavenfarms.com lists the original owners in 1976 as Lorin and Fay Munn, Robert and Larna Munn, Duane and Susan Munn, Brent and Elaine Schulthies, Brent and Berniel Hartley and Clyde and Gay Bybee.

According to Brenden Kent, vice president of sales and marketing at Sunset Produce, one of the contributing entities, the collaboration kicked off when brothers Robert and Duane Munn moved to the Horse Heaven Hills from Nyssa, OR, in 1976 to farm. It wasn’t long before they convinced their father, Lorin, as well as Clyde Bybee, Brent Hartley and Brent Schulthies to move from Nyssa to Prosser as well. Today the onion production comes from Sunset Produce and the Munn family farms as well as Hartley, Bybee and Schulthies operations.

“I think the biggest reason they moved up here was for the opportunity for their sons to get involved in the farming operation,” Brenden said, adding, “There was more land, more water and more future opportunity up here than where they were previously farming.”

Over the years the farmers have grown a variety of crops, but as Brenden said, onions remain a cornerstone.

The farms operate in a mode of sustainability, with land stewardship paramount. In the late 1970s, shortly after arriving in the region, the growers installed a pipeline for irrigation to be provided to all five entities. The pipeline, Brenden said, is “around 15 miles in length start to finish with a 1,500-foot elevation gain as well.” It was one of the largest of its kind ever built, and in the spirit of cooperation, “all five farms were heavily involved in its development,” he said.

As the Horse Heaven Hills operation continues, Brenden Kent, whose background was instilled on the family farm near Othello, WA, offers a unique perspective on its success, why turnover is remarkably low and why the generations move into queue: Respect for the job and the land.

On the sales and marketing side, Sunset, he said, has a “very diverse customer base that is worldwide. Our heaviest focus is U.S. and Canadian retail and foodservice. We service many of these accounts direct, and some we service through brokers and marketing groups who are all key to our success. Every year there are changes in the percentages of each category, but we are seeing yearly growth in each as well.”

Duane Munn recently added a new storage facility that Brenden said utilizes “the latest touch screen technology from IVI. We also utilize variable speed drives, which start and stop the fans as needed, along with advanced sensing and remote monitoring systems. These new storages help keep our onions fresher for a longer period of time.”

Sunset Produce is an exhibitor at the Orlando 2017 PMA Fresh Summit in Booth 1243, and Brenden said there will be several new items showcased, “So stay tuned!” 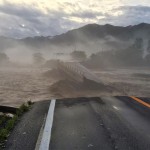