How sweet it is! OSU-developed kit makes short work of determining sweetness

A new and very portable product called the Colorimetric Sweet Onion Test Kit, which provides 30-minute test results showing the sweetness/pungency of onions, is now in limited production at Oregon State University and available through on line or phone purchase from OSU.

The technique was conceived by longtime onion shipper Bob Komoto, who retired two years ago after a lengthy stint at Ontario Produce in Ontario, OR. Komoto has been a member of OSU’s Food Safety and Environmental Stewardship Program for several years, and seven years ago he hit on the idea of using a colorimetric test along the lines of that used to test for chlorine in swimming pools.

“Onion sweetness and pungency are determined by pyruvic acid testing,” Komoto said. He theorized by devising a test similar to a pool chlorine test, in which a reagent changes color depending on the level of the chlorine, the level of pyruvic acid in onions could also be determined by comparing the color of the test sample to a chart provided in the kit.

“In colorimetry, or color measure, basically an electric instrument measures the wavelength of light [created by the chemical compounds],” he said.

When he laid out his idea, the kit technique development was taken on by OSU Prof. Kim Anderson and her team. 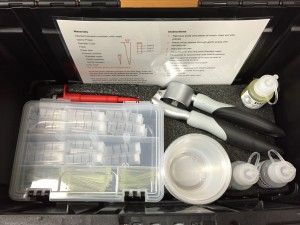 Kevin Hobbie, assistant director of Oregon State University’s Food Safety and Environmental Stewardship Program, has worked on the project since its inception seven years ago and said companies and individuals interested in buying the tackle-box size Colorimetric Sweet Onion Test Kit can contact the department at FSESLab@oregonstate.edu.

Komoto, who purchased and donated a kit to the Malheur County Extension Service, said the initial cost of the kit is $300, and it provides 30 tests. And, he said, results are ready in about 30 minutes.

Komoto said the research team obtained a use patent during their work on the project, and along the way another, independent research group took on the development and worked on it for about a year. Ultimately it came back to the team at OSU, where it was refined from its prototypical days that called for a blender and other tools. The kit as it is shipped today includes a garlic press to extract juice from the onions and reagents to bring about color change.

“For most people, they just want to know if a certain onion variety will be sweet,” Komoto said of the practical applications of the test. Grower/shippers can go through their batches and test five or six onions to determine how a variety will likely turn out.

He added that the kit can be used at a variety of handling levels, from seed company to retailer. And, Komoto said, the likelihood of commercial development of the kit is high.

“The bottom line is that OSU is not wanting to be in the commercial business of producing kits. My feeling is that this is a quick tool that a seed company might want, or a commercial testing lab might want to buy, produce and sell them,” he said. 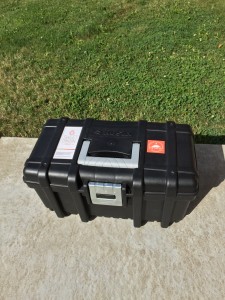 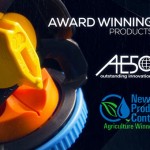