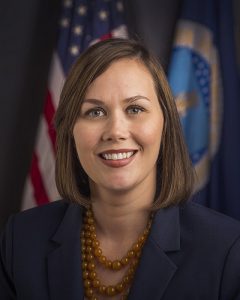 There is also a full slate of kids’ and spouses’ activities planned for the weekend.

Organization President Tiffany Cruickshank of Snake River Produce in Nyssa, OR, has worked to make this year’s event not only fun but also informative. At the end of the convention she will will turn the office’s responsibilities over to the next elected president, who will work through the next year with newly elected officers and board members. IOFVA Executive Director Candi Fitch, Assistant Director Ann Jacops, Operations Clerk Debbie Edgar and Administration Assistant Susy Santos make up the administration team.

Thursday evening kicks off with the welcome reception from 4-6 p.m., and the Texas Hold-Em will run from 9-11.

Friday’s Industry Breakfast will start at 7 a.m., and four IOFVA associate members will speak during the session. The companies to be represented at Bailey Pallet, Moss Adams accounting firm; Northwest Farm Credit Services and Volm Companies.

Members are looking forward to the Friday night President’s Banquet and the keynote speech, to be delivered by Alexis Taylor. Taylor was appointed to the ODA in December 2016 by OR Gov. Kate Brown, and in her position to carry out the state’s Taylor works with the governor and legislature as well as groups representing ag, conservation and consumers.

According to information from the director’s web site, the ODA “has a three-fold mission of ensuring food safety and consumer protection, protecting natural resources, and marketing Oregon agriculture products around the state, country, and world.”

Taylor led the Women in Ag Initiative that steered the USDA mission to support the growing and diverse next generation of farmers and ranchers. And before joining the USDA, she served for various congressional members and worked on the 2008 and 2014 Farm Bills.

She is a veteran of the United States Army Reserves from 1998 to 2006 and completed a tour in Iraq with the 389th Combat Engineer Battalion during that period. 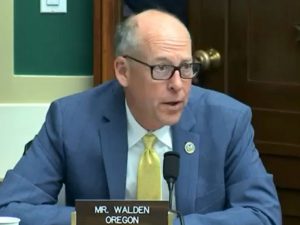 Rep. Greg Walden, who will deliver the Saturday evening keynote that leads into the awards ceremony, is a familiar figure in the Treasure Valley and was a leader in requesting emergency relief during the past winter’s destructive snowstorms. Although FEMA initially denied the funding request, additional measures are being taken by Walden and U.S. Sens. Ron Wyden and Jeff Merkley, both Oregon Democrats.

In May the bipartisan trio petitioned FEMA to “be more transparent” in its process of granting federal disaster declarations.

Had the FEMA request been granted, local governmental agencies and residents could have sought more than $17 million in storm damage recovery. The lawmakers also requested improved communications with regional FEMA offices regarding new policies that might affect disaster declaration petitions.

FEMA was petitioned on March 9 by Gov. Brown, who asked for a federal declaration for 10 Oregon counties, including Malheur.

Gov. Brown has announced the state will appeal the disaster declaration denial.

A full schedule of events as well as registration links are available on the IOFVA web site, http://www.id-orfv.org/home.html.

Retail Snapshots for May 25 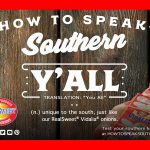 Y’all and All Y’all best be listening up! Shuman launches ‘How to Speak Southern 2.0’