Corn came on in early January with the retirement of Reid Saito, who with Ken Teramura, Les Ito, Rosh Nishihara and Kay Riley, established SRP in 1999. Prior to that incorporation, Muir-Roberts Co., headquartered in Salt Lake City, had owned the operation. 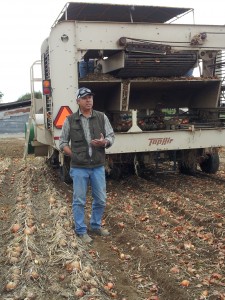 In 2003, Pat Takasugi, IEO onion grower and Idaho State Representative, became part owner. Takasugi passed away in 2011, and his wife, Suzanne, took over his interest in the company.

In 2013 two new partners, Brian and Randy Kameshige, came on board.

Commenting on the solid history of SRP, Corn told OnionBusiness.com he is “really excited to be a part of that great team,” and he said the 2016 goal is provide the packing facility with good volume and excellent quality onions.

“I’m going into my fifth year as a contract grower for SRP,” Corn said. “Before becoming a partner, I dedicated a portion of my crop to the company. Now it will be 100 percent to Snake.”

Corn said his farm is “planning on similar volume that Reid provided,” and he said his crop will be primarily yellows. “This will be my first year for growing reds, and it will be a smaller volume.”

The 24-year-old comes from an onion-farming family, and his experience in the field includes becoming familiar with new growing methods.

“We’re getting into more drip irrigation and automation technology,” he said, adding that GPS is standard for most growers now.

“I’m very optimistic about this coming season and looking forward to working with everyone at Snake,” he said.

Saito said “there’s still plenty to do” in retirement, and he said he and his wife, Kaylene, will continue to live in the area.

“We’re looking forward to doing some traveling,” Saito said. “Now we have time to get caught up visiting friends and family.”

He said he feels “fortunate to have Kevin come in,” adding, “He stepped right up.”

Saito said, “He’s a good producer, and I’m real impressed with him. I think he’ll do a great job.” 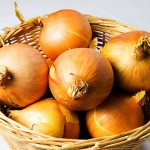