Using a USDA Specialty Crop Grant administered by the Texas Department of Agriculture and focusing on reaching consumers more directly through “a variety of platforms, engagements, and awareness campaigns,” the Texas International Produce Association and South Texas Onion Committee launched an ambitious marketing campaign on March 20 to fully tell the story of the famed Texas 1015 Sweet Onion.

The goal of the campaign is to bring the brand, TX1015, back to its former status, when the 1015 “used to be a household name throughout the Southern and Midwestern United States,” a TX1015 press release said. “Recently, TX1015 onions have suffered from a lack of consistent branding compared to their similar counterparts. This campaign includes new branding and messaging as well as a host of consumer outreach tools to spread the word. The imagery focuses on the iconic symbols and colors of Texas in order to create an immediate visual connection for consumers everywhere.”

Dante Galeazzi, manager of the South Texas Onion Committee and CEO/president of TIPA, told OnionBusiness, “Perhaps one of the biggest challenges for our industry has been telling our stories directly to the consumers. So often we focus on telling our stories to the large corporate buyers, which is still very important, but we forget that we need to expand that conversation to include the folks who actually purchase our onions. And the truth is, we have a fantastic product in the Texas 1015 Sweet Onions, so we should be telling this story all the time anyways.”

Dante continued, “What this marketing campaign does is it brings the Texas 1015 Sweet Onion story to today’s consumers in a way that our story hasn’t been told in a generation. The history, the flavor and the love that goes into these onions is truly a marvel, and we believe that consumers not only deserve to know, but that they want to know these things. We are very excited at the traction and engagement we are already receiving, and we’re getting more and more positive feedback as we kick the season into high gear.”

In sharing the TX1015 message, the campaign is using the theme “Farmed by Texans, Famous by Families” to convey the historical significance and the dedication to the product.

The release noted, “Using both traditional and digital platforms, the 2021 marketing program will make it easier for consumers to be a part of the story and will include a new recipe-centric consumer website; trade marketing materials; influencer partnerships; and a social media marketing toolkit.”

Dante said, “The story of the Texas Sweet Onion is over 100 years old, and we’re excited to start telling that history to communities beyond the industry. Consumers want to know where their food comes from, and this effort will connect consumers directly with the grower as we share more about Texas 1015s.”

Since it kicked off, the campaign “has already garnered over 50,000 impressions, earned more than a thousand followers ready to take advantage of new content, unique recipes and online sweepstakes and giveaways.”

Dante noted that it’s “exciting to engage with our consumers and have conversations about where they can buy TX1015 Sweet Onions, swap recipes, learn where their food comes from and hear their feedback and excitement about our onions.”

The crop, though hit by the February freeze, has come through with good quality and sizing, and promotable volumes should run through June, the release said. 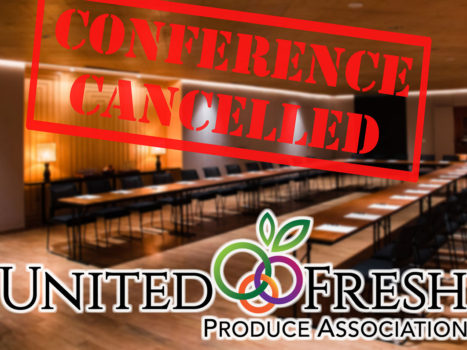