Independence Day: Freedom came and remains at a cost

Certainly there have been other times in our nation’s history when we’ve faced great what could have been uncertainties and felt what definitely were the shifting sands of public sentiment beneath our American feet.

All we need to do is read our history books… while we still can. From the first stirrings of revolution in the 1760s to the Declaration of Independence’s ratification on July 4, 1776, the certainty of freedom from Britain’s rule wasn’t a done deal. There was a sizeable portion of the colonial population that was just fine with the Crown. Still, freedom prevailed, and these United States began their march.

Leading the fledgling nation was our first President, George Washington. And he said about the new path being blazed, “It is impossible to rightly govern a nation without God and the Bible…You do well to wish to learn our arts and our ways of life and above all, the religion of Jesus Christ. These will make you a greater and happier people than you are…We ought to be no less persuaded that the propitious smiles of Heaven can never be expected on a nation that disregards the eternal rules of order and right which Heaven itself has ordained.”

Washington also looked to what might lie ahead – which indeed was in the United States’ future – and said, “The preservation of the sacred fire of liberty, and the destiny of the republican model of government, are justly considered as deeply, perhaps as finally staked, on the experiment entrusted to the hands of the American people…If the freedom of speech is taken away then dumb and silent we may be led, like sheep to the slaughter.” And, as if to answer before asked, he said, “The name of American, which belongs to you, in your national capacity, must always exalt the just pride of Patriotism, more than any appellation derived from local discriminations…Guard against the postures of pretended patriotism.”

Several more conflicts and changes in public sentiment bumped the road through to the mid-1800s, when almost unimaginable chaos erupted. The Civil War, which was fought between 1861 and 1865, spread roots not only in the soil of slavery but also threads in the fabric of freedom for those enslaved.

Abraham Lincoln, 15th President, said the year before the Civil War’s first shot was fired, “Let us at all times remember that all American citizens are brothers of a common country, and should dwell together in the bonds of fraternal feeling.”

At the War’s onset he said, “I am exceedingly anxious that this Union, the Constitution, and the liberties of the people shall be perpetuated in accordance with the original idea for which that struggle was made, and I shall be most happy indeed if I shall be an humble instrument in the hands of the Almighty, and of this, his almost chosen people, for perpetuating the object of that great struggle.”

In November 1863, just months after the Battlefield of Gettysburg in which the War had seen more than 50,000 casualties – 7,000 deaths – split between Union and Confederacy, President Lincoln made an impassioned speech most of us have committed at least in part to memory: “Four score and seven years ago our fathers brought forth, upon this continent, a new nation, conceived in Liberty, and dedicated to the proposition that all men are created equal. Now we are engaged in a great civil war, testing whether that nation, or any nation so conceived, and so dedicated, can long endure. We are met here on a great battlefield of that war. We have come to dedicate a portion of it, as a final resting place for those who here gave their lives that that nation might live. It is altogether fitting and proper that we should do this.

“But in a larger sense, we can not dedicate we can not consecrate we can not hallow this ground. The brave men, living and dead, who struggled here, have consecrated it far above our poor power to add or detract. The world will little note, nor long remember, what we say here, but can never forget what they did here.

“It is for us, the living, rather to be dedicated here to the unfinished work which they have, thus far, so nobly carried on. It is rather for us to be here dedicated to the great task remaining before us that from these honored dead we take increased devotion to that cause for which they gave the last full measure of devotion that we here highly resolve that these dead shall not have died in vain; that this nation shall have a new birth of freedom; and that this government of the people, by the people, for the people, shall not perish from the earth.”

It is our prayer that NO ONE who has died in the name of freedom has died in vain. Freedom is never free. Though there be shifting sands beneath our feet, the ongoing price of freedom is incalculable and must be paid. 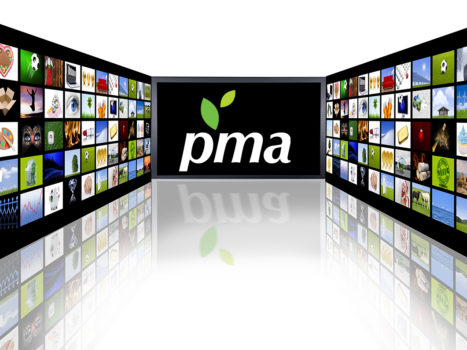