Our friend Robert Bell at Western Onion Sales in Camarillo, CA, keeps his ear to the global ground, and this week he provided some interesting news out of India.

A posting by the Government of India, Ministry of Commerce and Industry, announced an export ban on that country’s onions.

The information Robert provided said, “Demand from Asian markets have been picking up strongly as shortages are foreseen in India creating gaps in Asian markets; today the Indian Government issued an export ban on onions due to the heavy rains with immediate effect [an official announcement dated Sept. 29 was attached].”

The post went on to say, “Demand and pricing is expected to rise on both red and pink onions from Holland. Brazil demand has stopped as local crop came late, however larger than anticipated. Main harvest USA; California/Washington State is lower compared to last year; storages are not being completed raising slightly overall market demand and pricing, creating room for imports. Overall demand for Dutch onions is expected to rise over the coming weeks.” 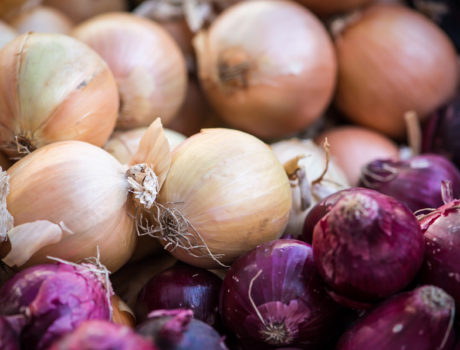