Jason reported the highlight for him was touring Gumz Farms in Endeavor. In addition to the tour, the three-entity conference provided attendees with research findings at the National Allium Research Conference and the International Allium Research Symposium, and the silent auction held during the National Onion Association’s Summer Conference sent a lot of folks home with great memorabilia and fun items. OnionBusiness was pleased to donate a Yeti Backpack Cooler, which was purchased at the auction by Dylan Dembeck with Minkus Family Farms in New York.

View highlight photo galleries courtesy of Jason Vee with Vee’s Marketing and Robert Bell with Western Onion Sales, Inc. Both are listed below. And view a highlight as video of the Gumz Farms packing facility courtesy of Robert Bell in a separate post this week. 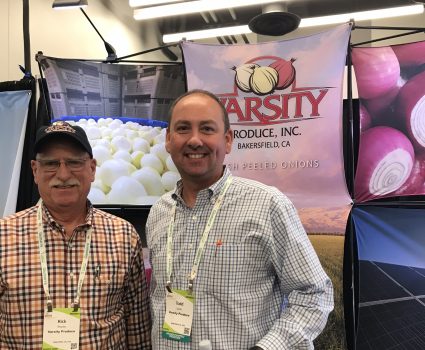