We received a short video this week showing the effects, we’re told, of the spring onion freeze in Yunnan, China, and we reached out to Stu Follen of SL Follen Co. in Portland for his take on it. Stu is our export to-go guy, and he said that while the Yunnan situation doesn’t affect U.S. exports, it could be significant in the world market.

“The Yunnan freeze could affect market prices in Asia and give New Zealand a nice bump this spring,” he said. “China now sells onions to many Asia countries and even to West Africa, but their main crop is similar to Pacific Northwest and grown in Gansu area.  I also hear Gansu area has issues this season as well, but it is not really helping USA sales as far as I can see.”

Looking at U.S. exports, Stu said, “Over time the United States becomes less and less important in overseas exports.  China is now selling in SE Asia – Korea, Japan, Hong Kong, etc.  These were at one time all decent U.S. markets, and while the Asia export business is not what it once was, there is still business albeit smaller volumes.”

He continued, “Central America has emerged as a bigger buyer over the last few years.  Panama, especially, has greatly increased its purchase of U.S. onions.  This is mainly due to the fact that Dutch onions are no longer allowed in Panama.  If Dutch are allowed to export again (they have phytosanitary issues with Panama government), they will ‘kick us out’ of Panama.”

His conclusion was, “The market for overseas exports of onions seems to have stabilized after a steep decline over the last 15 years.  Our market loss is due to costs. The U.S. is just more expensive than China or Holland suppliers.  Over time, this could change, but for now, the U.S. role in Asia is diminished.” 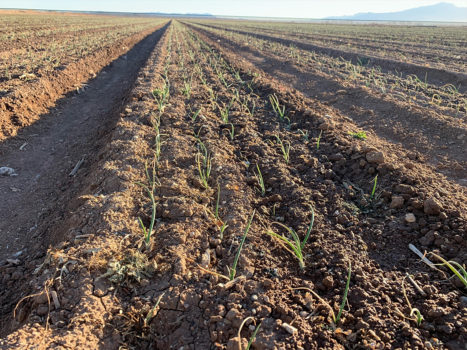 USDA launches 5th round of Farmers to Families...