Treasure Valley onion industry icon Joe Saito, whose 100th birthday was celebrated by a large gathering of family, friends and “friendly competitors” on April 21 in Ontario, OR, passed away Monday, Dec. 3, at an assisted living facility in that city.

He is survived by his wife of 71 years, Nellie, of Ontario, as well as children Carrie, Vickie and Richard, and several grandchildren and great-grandchildren.

Funeral arrangements are being handled by Lienkaemper Chapel in Ontario, and services will be held Monday, Dec. 10, at 11 a.m. in the Four Rivers Cultural Center in Ontario. Consult https://lienkaemper-thomason.com/obituaries/joe-y-saito/ for additional details. 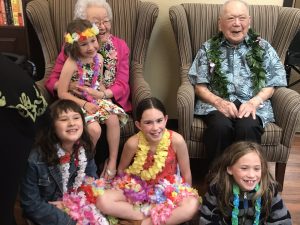 OnionBusiness.com was privileged to provide an account of Joe’s birthday event, at which the famed onion grower and American patriot basked in well-deserved limelight.

A laudable achievement, yes, and one of many in his lifetime.

As a youth Joe spent the first 16 years on the family farm east of Portland, moving with his parents and siblings to Ontario in 1934. In the Treasure Valley, the patriarch raised potatoes, onions and sugar beets, and life was rather idyllic until 1941. The Saitos, like more than 100,000 other Japanese-Americans, were caught up in the aftermath of Pearl Harbor and the onset of U.S. involvement in World War II.

When Pearl Harbor was bombed, Joe was an Army medic on an ocean liner coincidentally headed to Hawaii. Following the bombing, Joe and other Japanese-Americans in the military were returned to the mainland and relieved of service-related duties for several months. However, when the military eventually called for volunteers to form an “all-Nisei, or Japanese-descent regiment, Joe was right there with 4,000 others to answer that call. His medic skills kept him stateside, training others lifesaving procedures used to save lives on the battlefield.

On Nov. 2, 2011, the members of the 442nd and 100th were awarded the nation’s highest honor awarded to civilians, the Congressional Gold Medal. In a separate ceremony on Jan. 14, 2012, Joe and his Band of Brothers were lauded for having “performed an achievement that has an impact on American history and culture that is likely to be recognized as a major achievement in the recipient’s field long after the achievement.”

The farmer came home after the war to the Treasure Valley and attended Boise Business University, and he and Nellie married in 1947. The union resulted in the Saitos’ two daughters and son and ultimately the many grands and great-grands.

Over more his more than six decades as an onion grower Joe also found time to serve on many organizations and boards and was instrumental in the 1957 establishment of the Idaho-Eastern Oregon Onion Committee by representing the Oregon side of the equation.

He was also very active in the National Onion Association and was a Mason, Shriner and member of the American Legion as well as the Lions Club.

Longtime onion shipper Grant Kitamura with Baker & Murakami Produce in Ontario said Joe Saito “was always a contributor and very civic minded.” Grant added, “Joe was a very good spokesman for the onion industry and ag as a whole. He was so well-respected and was the perfect example of selfless giving.” 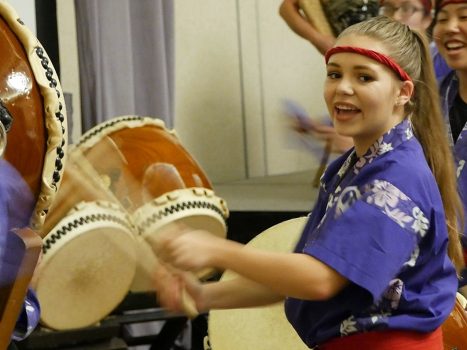 And the beat goes on – big time! – with kids in Hawaii!