Joey Piedimonte: A life of turf and surf suits him just fine

When he’s not at his desk in foodservice giant Markon’s corporate office in Salinas, CA, Product Manager Joey Piedimonte can likely be found in one of two other pursuits: enjoying the Central California great outdoors with his dog Luna or fishing somewhere along the Pacific coast with one or more family members.

And any of those locations is fine with Joey, a card-carrying Millennial whose passion for both work and play is breathtaking. He talks about sourcing produce – specifically onions, potatoes, apples and pears – with just as much enthusiasm (OK, very nearly as much) enthusiasm as he does about casting from a boat or from a beach into the surf or hanging with Luna.

A native of Central California, Joey is part of a close-knit Sicilian family that includes his dad, Joe Piedimonte (VP of Finance for Pro*ACT), mom Josie and younger sister Maria. He has obvious ties to produce through his father, but Joey actually came to the industry on his own in a circuitous manner that first involved moving sprinklers.

“I was born and raised on California’s Central Coast, spending the majority of my time living in Salinas,” Joey told us. And he said the opportunity of working in fruits and vegetables presented itself in an unexpected way when he was 17.

“I never thought I would get into the produce industry until a summer job for my best friend’s family,” he said. He was “moving sprinkler pipes and eating strawberries” and was hit by “a curiosity about where my food came from and role I played delivering it to consumers’ plates.” There were other jobs that followed, all in the strawberry-growing region, and Joey said he found “all the strawberries I could eat was a bonus, as far as I was concerned,” as he swept nearby construction sites or carried bags of concrete mix.

The seeds of curiosity about his food were planted, and while he was a student at Fresno State, Joey took part in an internship with Sakata Seed America.

“This was where I was first exposed to onions, as well as many other varieties of vegetable and ornamental production,” he said. The summer internship, from 2010-12, was “eye-opening on how many different varieties of onions there may be and how long breeders spend in developing the newest variety.” Between the onion growing regions of Morgan Hill and Five Points, Joey said he was “exposed to such a personal side of the business, and I am so thankful for my experience from filling bins and loading trailers to counting umbels.”

Ag and produce were more than intriguing, and he said, “This newfound excitement in work pulled me away from junior college football and into Fresno State’s Agriculture Business program. While attending Fresno State, I was given another amazing internship with Church Brothers in 2013 and 2014.”

At Church Brothers, Joey said, he was afforded “a firsthand look of how fresh produce ends up in the bag or box we take home. It was amazing to be a part of such an innovative organization!”

He graduated Fresno State in 2014, and Joey said, “After graduating I took on a role as an account manager with PRO*ACT and was given my first taste to the daily challenges of procurement.” The job cemented Joey’s produce direction, and he said, “I never looked back.” He was with PRO*ACT from 2014-17, and the experience was great.

“Here I met some amazing friends and mentors across the U.S. and Canada who I know I can still call for advice and guidance.”

The counseling, he said, includes “not just their many years of produce expertise but their life advice, too.” And, he said, “It was also such a cool experience being able to work with my dad, although we were in different departments.”

Joey went on to say, “I feel so lucky to be able to call my dad for advice, and he has made it a point for me to have a strong financial sense.”

Three years after he joined the Pro*ACT team, he “jumped head first when a friend told me about the opportunity to source onions, potatoes, apples and pears at Markon Cooperative.” Granted, he had learned a good deal about onions while at Sakata Seed America, but Joey admitted, “This group of commodities made for a bit of a learning curve, coming from the lettuces and strawberries I grew up around.” As a result, he said, “I’ve found myself dependent even more on communications from transportation and grower partners so that we are able to provide our member distributors with the most accurate information possible.”

And even with solid communication, “It seems there is no shortage of curveballs being tossed in our direction, [and therefore] we are so lucky to be aligned with the best growers in the world.”

Most of the product he sources is domestic, although there are some imports. And exports to Canada are a focus.

Onions make up about 40 percent of his day. Another 40 percent goes to working potatoes, and apples and pears comprise the balance of product he sources for foodservice. He works directly with growers and shippers, and Joey said the personalities he encounters are both “my favorite and most challenging part of the produce industry.”

He’s an accomplished communicator, and Joey is also an attentive listener. “Everyone has a story and a passion,” he said. “If you take the time to listen and understand a person’s needs, I think that unreasonable customer becomes a lot more reasonable.”

About his generation, Joey Piedimonte said, “I think Millennials get a bad rap in the industry, but we can improve it by listening to the advice given to us by those who have been doing it a lot longer.  We might just learn a new way to go about things.”

Now that he has some years under his belt, he said, “To someone just entering I would try and tell them to listen to others, have patience and be confident in your actions.”

Importantly, he said, “`I don’t know, but I can find out’ is sometimes the best thing you can say in a situation.”

Joey has been seen changes in the industry in the past five years, noting, “There has been tremendous growth in the food safety sector, and I think we are going to continue to see faster traceability as the demand for stricter food safety programs rises.”

He added, “I don’t think that necessarily means onions with their own wireless network, but I do think technology is allowing us to get to the root cause of a foodborne illness in a lot more timely manner, without as great of risk to human lives as it once was.”

Along with changes and advancements in food safety, he said, there will be more demand from the public to know about what they’re eating.

“Consumers are becoming more caring and asking better questions about where their food comes from, and so I think the Next Big Thing we will see is a shift from ‘local’ to a more ‘peak-season’ approach.”

Taking a logical tack, Joey said, “Sure, it’s cool to say that what you are buying is local, but that may not always be the most sustainable option.”

Local will still be hip, but equally important will be knowing what mangoes and peaches are in peak season. Joey said, “As technology becomes more affordable in other areas around the world, we’ll be able to offer better quality produce. I’ve seen quality improve a lot just in the last two years. Consumers might have to pay more, but I think they’ll be willing, and it’s our jobs to educate consumers.” He noted that people in his generation are “more and more the target consumers.”

Passionate as he is about his work, Joey is also full-tilt away from the office.

“When I’m not working, more than likely I’m fishing,” he said. “My maternal great-grandfather started a commercial fishing fleet and fish processing business in Monterey just after WWII, so you could say it’s in my blood.”

The sport is part of it, but he said, “I was fortunate enough to spend a lot of time growing up with two of sets of Sicilian grandparents who let me experiment in the kitchen learning traditional recipes. Under the watchful eyes of older cousins, I was introduced to abalone diving and spearfishing the frigid Northern California coast.  Days when I can fish the surf for striped bass and perch with my dad have quickly become my favorite days, only to be made better by sharing a meal of our fresh catch afterwards made by my mom.”

And the avid fisherman said, “I’ve managed to fish on both coasts of the U.S., Mexico and the Mediterranean but several Central and South American destinations are pretty high on my bucket list.”

And then there’s Luna, who is pretty much Joey’s constant companion. He said, “Chances are when I am outside of work, my dog Luna is by my side.  She is a four-year-old Catahoula coonhound with a bark worse than her bite and too much sass to even know where to begin with.” And, like a true dog lover, Joey said, “She is totally spoiled rotten, and I am not afraid to admit it.” 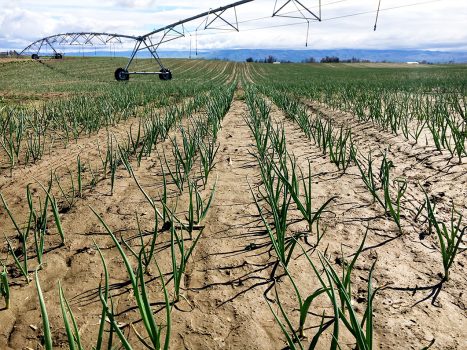