Retail giant Kroger, in partnership with produce supplier G&R Farms of Glennville, GA, raised some $9,000 in May and June ’21 to for scholarship and grant funds to go to Georgia FFA students through the Growing America’s Farmer’s (GAF) promotional program.

GAF was conceived by a third-generation Georgia family farmer, Walt Dasher, who is a Vidalia onion grower. In the program, a portion of the sales of designated products are donated to the National Future Farmers of America Foundation, which in turn designates the funds to local FFA programs of the retailer’s choice. The FFA programs support students pursuing careers in production agriculture.

During the past five years, the GAF program has raised more than $230,000 for FFA member scholarships throughout the United States, and Kroger is in its fifth year supporting the program. The retailer has helped raise funds totaling over $36,000 dollars for students in Georgia.

He continued, “Growing America’s Farmers enables Kroger to support regional agriculture while providing opportunities for FFA students to continue their agricultural studies and attain their goals. These students are the future farmers, entrepreneurs and creative thinkers who will help improve food security and end food waste.”

Turner added, “We would like to thank Walt Dasher and G&R Farms for their dedication and commitment to funding FFA scholarships by creating innovative partnerships and opportunities.”

In a company press release, G&R Farms said, “Now more than ever, production agriculture is at a crossroads that requires all areas of the supply chain to be engaged and support future agriculture leaders who will grow the food needed to support a growing population: it is estimated that the U.S. will need 70 percent more food by 2050.”

In addition to understanding that need, Dasher is also passionate about the next generation of farmers.

He said, “The current American farmer’s average age is 58 years old, and they are part of multi-generation family farms that are facing more and more pressure.”  Dasher continued, “We need to attract, support and train young agriculture leaders who will become the torchbearers and next generation of producers. The FFA is truly one of our greatest resources and partners in doing this well.”

The press release said, “Across the country, FFA is attracting and training those leaders. In fact, FFA membership is at a record high with 760,000-plus members in 8,739 chapters across all 50 states, including chapters in 24 of the 25 largest U.S. cities and setting records in member diversity. In Georgia, FFA has nearly 400 FFA chapters and more than 71,000 FFA members participating in agriculture, food, and natural resources programming.”

Dasher concluded, “As a third-generation family farm, this is about more than marketing and promotions, this is a personal mission that hits at the heart of who I am and what I stand for.” 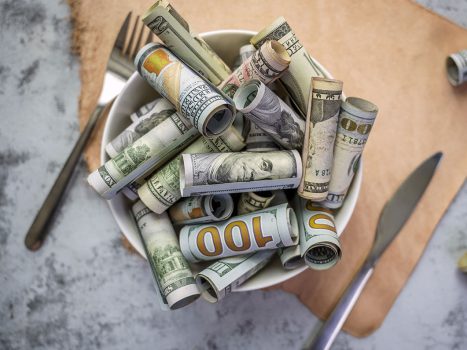