Online bidding leading up to a live on-site auction for liquidation of the former Four Rivers Onion Packing operation in Weiser, ID, will start Tuesday, Sept. 10, at the website of Jones Swenson Auctions. A catalog of items being auctioned is at http://www.jonesswenson.com/auction/355515/former-four-rivers-onion-packaging-plant/, with additional information available at that link.

The Austin, TX-based auction house is overseeing complete liquidation of the onion packaging plant through the two-pronged event. The live auction will take place on Sept. 18 at 10 a.m. Mountain Time at the physical location, 399 Feltham Rd., Weiser, ID, with pre-auction inspection held Sept. 17 from 10 a.m. to 4 p.m.

Heading up Jones Swenson is company President and Chief Auctioneer Scott Swenson. Scott has been a professional auctioneer since 1983 and has served on the Board of Directors of the 5,000 member National Auctioneers Association. Most recently he served as President of the Texas Auctioneers Association, and for nearly 30 years he has served as an instructor at the Texas Auction Academy in Dallas.

Licensed in his home state of Texas as well as other states, Scott is a licensed real estate broker in Texas and is an approved auctioneer for the U.S. Bankruptcy Court. 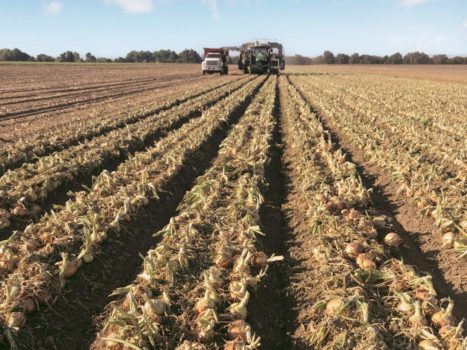