Look out Millennials! Gen Z is nudging its way to head of the class!

Savvy marketers are already on this, but it bears repeating: Those babies we bounced on our knees the first decade of this century/millennium are estimated to be more than 70 million strong and not only the only generation to have never NOT known a smartphone but also the newest generation waving credit cards at the cash register.

Gen Z is here, and it’s big, and it’s ready to rock the world!

According to a Kasasa July 27, 2016 piece appropriately titled “Alphabet Soup: Gen X, Gen Y and Gen Z explained,” accessible at https://communityrising.bancvue.com/gen-x-gen-y-gen-z/, there’s a real change in the air as Gen Z comes into its own. Gen Y, aka Millennials, continue to reign with buying influence and will, according to the article, “earn 46 percent of income in the U.S. by 2025.”

Depending on the source, Z’s were born between 1996 and present, which means their numbers continue to increase. Keep in mind there are 75-80 million Millennials.

Another look at the Generation Z (don’t you wonder what the next generation will be called? Where do you go after Z…?) was published by Forbes on April 17 at https://www.forbes.com/sites/deeppatel/2017/04/18/how-gen-z-will-shape-the-future-of-business/#68d68a5376e8.

The upshot of this piece is that Gen Z’s are very sensitive to the “entitled” moniker hung on their predecessors and are much more committed to shaping their own futures. The author, Deep Patel, cited a report from Adweek that maintains Z’s want to educate themselves, with 33 percent watching lessons online, 20 percent reading textbooks on tables and 32 percent working with their classmates through the Internet. They’re somewhat driven to make sure their mark is their mark.

The studies and in-depth articles on Gen Z continue to mount, with MTV reporting, as noted by Forbes, that 91 percent of Z’s use readily available tech tools to learn about the world in their quest to make Earth a better place. Of course that involves social media, which Generation Z has never been without. Snapchat is a favorite platform.

And marketing efforts are bending with the influence of this growing-in-maturity generation, with new sites created at a lightning pace to keep up with their music, clothing and, yes, food preferences.

Lest you think these young people are junk food junkies, this piece written by Phil Lempert at https://communitytable.parade.com/351534/phil-lempert/generation-z-they-arent-eating-what-you-think/
indicates otherwise.

Because Z’s have been have been “exposed to a wider range of flavors and more variety” that those born earlier, this generation is more sophisticated in its preferences. They’ve been taught the dangers of obesity, Lempert writes, and seek products of sustainability. They like being healthy. They like fresh, natural, whole.

They’re more likely to cook on a stove burner than nuke something in the microwave.

And, key to the argument that marketing departments should be including Z’s in their campaigns, is this observation: Generation Z is spending the bulk of its collective money, whether allowance or earned or bequeathed, on food.

OnionBusiness.com will revisit this up and coming population segment regularly, with profiles on some very bright and energetic newcomers to the world of produce and, yes, our world of onions. 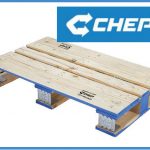