The national shortage of lumber and subsequent shortage of pallets in the United States has been in the headlines recently, with fresh produce cited as one of the most affected industries as the supply chain reacts to escalating cost for pallets and other packaging

A late May story on flextpackmag.com noted that “already-strained chains in a number of U.S. markets, including the $5.6 billion fresh produce packaging industry,” were among the heaviest hit. The story can be read at https://www.flexpackmag.com/articles/91272-pallet-shortage-adds-new-wrinkle-to-pandemic-supply-chain-issues.

The story went on to cite stats from PMA that said high demand, as well as “limited availability and record lumber costs have pushed pallet prices up 400 percent since April.” according to the Produce Marketing Association.

It also said that a “shortage of trucking capacity to reposition existing pallets is exacerbating supply issues wrought by the COVID-19 pandemic,” with the result being that produce retail prices could go up with the added costs of distribution. Also, shipments may be delayed until shortages are resolved.

“While the shortage is not expected to affect consumers too much, growers and shippers are figuring out ways to adapt, such as by implementing temporary changes to their pallet requirements (without compromising on safety),” the story said.

Moreover, the demand for fresh produce packaging expected to increase by nearly 4 percent each year through 2024 due to rising demand for packaged produce – whether in pouches, bags or rigid plastic containers – as well as consumers wanting added convenience along with “improved environmental footprints,” the story said. It also said sales are increasing for ready-to-eat (RTE) salads and pre-cut produce, including apple slices, melon spears, and carrot sticks that are generally packaged in tubs or cups.

United Fresh and PMA issued a statement saying that “conversations are occurring within the North American (and global) industry relative to the current acute pallet shortages,” adding that, “we believe that many do not yet realize the factors impacting the situation and the potential scope of the issue, including the availability of produce to consumers.”

The corporate statement said the issues impacting pallet availability include “efforts of wholesalers, distributors and retailers to ensure sufficient inventory of non-perishables given previous pandemic-related impacts; the availability of lumber to repair and build new pallets; the escalating price of lumber when it is available; non-perishable inventory dwell time increase; and lack of available trucks to relocate pallets.”

The statement went on to say that the “lack of pallets is adding stress to a supply chain that is already facing significant challenges which include a lack of available trucks and shipping containers, ongoing labor challenges, fluctuating fuel costs, pandemic-related challenges and a pending shortage of resin used to make reusable containers and pallets.  At this time expectations are that the pallet shortage will continue for months, perhaps for the balance of 2021 – all at a time when many North American produce items are just beginning seasonal harvests and shipments.”

Additional information included the facts that the “shortage of lumber and wood products has increased the cost of raw lumber 200 percent to 350 percent; and is making the cost of wood pallets increase incrementally,” and a striking example noted that “over the past few weeks, pallet costs have increased more than 400 percent, IF the pallets are even available, and often they are not.”

“One farmer,” the statement continued, “was told by one pallet supplier that they are not taking any new customers due to an inability to fill even existing customer demand.” It also said that companies are being forced to “bring pallets from other jurisdictions thereby incurring border and transportation costs.” And it said, “Pallets are being held in-house due to delayed and cancelled orders from pallet services, leading to higher storage charges and increased congestion within operations.”

The merging produce industry organizations urged members to work together in a “concerted effort across the supply chain to ensure pallet availability for shipment of produce.” It that level of cooperation is not met, the statement said, there will be “little doubt that it will be very difficult, if not impossible, for the grower/shipper community to meet buyer, and ultimately consumer, demand for produce.”

And at the same time, “growers and shippers are working hard to remain compliant with pallet requirement specifications where they can, but this is proving challenging.  Temporary modifications or exceptions to pallet requirements, as long as they do not jeopardize safety, would prove advantageous until this pallet shortage is resolved.”

Another take on the issue was published at

Referencing the United/PMA statement, the story summarized that an uptick in consumer spending and inventory restocking requires access to the equipment that forms the backbone of supply chains — from containers to chassis to pallets.” It said in the wake of soaring prices on wood pallets, demand is coming from “retailers and grocers restocking their distribution and fulfillment centers, as consumers continue to spend on goods rather than services.

And, it continued, many operations have stocked up on inventory as a hedge against the stockouts that plagued consumer packaged goods and retail supply chains last year.

The story noted that suppliers and manufacturers of pallets have seen increasing demand from customers who were themselves increasing inventory.

While pallets are moving throughout the supply chain, the story said, they might not be “in the right place at the right time,” and truck capacity must “be available to shift the pallets around.”

It also said, “The United Fresh Produce Association said dwell time is up for non-perishable inventory, which indicates pallets may be sitting longer at warehouses or loading docks,” which affects the ability of suppliers to move product.

Pallet manufacturers are working to increase capacity after COVID-19 caused sawmill shutdowns or slowdowns during the early part of the pandemic.

And now that the nation is reopening, pallet manufacturers must compete with home construction for raw materials, the story said.

With lumber being in short supply, some pallet manufacturers are looking at plastic and have been trialing pallets with big-box stores for durability and dwell times. However, a major consideration is the cost of plastic pallets, which is three times that of wood.

New CEO to take helm by Nov. 1 at Tomra 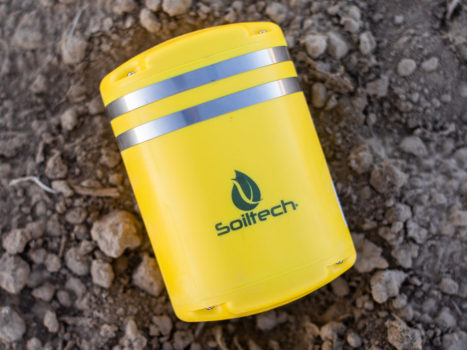