MARKET
Washington:
Dan Borer with Keystone Fruit Marketing reported from his Walla Walla office on April 1. “Well, we are feeling the slowdown from the 10 days of a mad rush of consumers stocking up on staples like onions and potatoes,” Dan said. “People are always going to eat onions, but the fact is some consumers are not necessarily going to cook like we would like or expect them to. Frankly, they are going to consume as many frozen pizzas as they can get their hands on. And we’ve had a double whammy losing foodservice. That said, we are going to come out on the other side, and demand and pricing should level off.” Dan went on to say, “It helps that we are doing the things necessary to get this virus under control. Social distancing is working, and now even here in a small town like Walla Walla, we have a drive-through testing location.” He said that the results of the pandemic have changed the way retail consumers buy. “Right now, retailers want onions in packages because consumers want to get into stores and get out, so bags are their first choice. And caused by the virus, there is a perception that bulk produce may not be safe, but of course, we in the industry know that it is.” He added, “I think the real challenge before us is to get the food safety message across to consumers so their buying patterns go back to the way they were before the virus outbreak. We as an industry need to be vigilant with this messaging.” Dan said early summer supplies on onions may be tight. “I think we are okay for now on onion supplies nationally, but we will probably see things tighten up toward the end of May and in early June.”

Columbia Basin:
Jared Gutierrez with Columbia Basin Onion in Hermiston, OR, told us on April 1, “Well, market movement definitely saw its ups, and now we are seeing some downs. After running hard, things have slowed down this week as the pipeline tries to work itself through this outbreak. I think we’ll see some movement pick back up soon, just hard to gauge as we are in uncharted territory moving forward with market demand.” Jared added, “As for crop on hand, it looks like all regions were able to advance with movement, and hopefully everyone was able to find sufficient packaging! A big thank you to all supply companies for keeping us going the best they can!”

Idaho-E. Oregon:
Chris Woo with Owyhee Produce in Nyssa, OR, and Parma, ID, told us on April 1 that Owyhee Produce, “as being part of the supply chain, is still at work.” Chris added, “We still have adequate supplies of storage onions of all three colors to offer, and we as an area will continue to pack and ship American quality as ordered and continue to deliver on time in full deliveries at still very reasonable pricing.”

Dwayne Fisher with Champion Produce Sales in Parma, ID, told us on April 1, “We hope everyone is staying healthy and safe. This is a trying time no question. As far as business, there is none to speak of.  We are barely packing and not sure when, or if, that will change.  Based on shipments we have way over-supplied the nation given normal consumption, but I am sure we are way down from normal consumption.” Dwayne continued, “For our facilities, we have a month’s worth of normal supply that is in excellent shape and all in cold storages. We are prepared and ready to feed the country, but we will see how things proceed.” He said, “I hear and see lots of letters from industry leaders, and others, saying we need to be saved through stimulus.  While that may be true at the moment and given what has been allowed to happen, but I have a different belief or stimulus package in mind that won’t cost $1 for the government for the future.” Dwayne explained, “We don’t need the government’s money to bail us out for the long-term stability of our industry. We need the government to support American farmers and ranchers by not allowing all this foreign supply to come into our market and capture a large portion of the market share. I include farmers and ranchers because it isn’t just us in the onion industry.  Look at what the beef industry is facing. We can be sustainable on our own, or we should be, without any government money. The last two weeks well over 1,500 loads on our USDA daily shipments came from foreign supply. You take those foreign onions out of the market and those of us sitting with thousands of bins of inventory would be facing a very different scenario and that is just the last two weeks.  Imagine the year without those shipments coming in!” He added, “This conversation shouldn’t be about whether or not the supply can all fit; this conversation needs to solely be about providing the safest food supply to our country from products grown in the USA. It is time we all come together and put the American growers and ranchers first.  Please stay safe, keep praying, eat out as much as you can, and keep looking out for those around you in need.  We all need the care of each other right now, even at a social distance, things will get better!”

Texas Rio Grande Valley:
David DeBerry with Southwest Onion Growers in Mission said on April 1 that although business is “way off and has been for eight or nine days,” his operation continues to harvest and pack. “We’re harvesting at about ½ to ¾ pace,” he said. “We’re still operating and still in the field, but volume has fallen off. Our thought process is to keep our crews working 40 hours a week, keep those guys going, and see if retail sales go back up. Now that it’s the first of the month and people are getting paid, we’ll see if they show up in the stores and what they buy.”

Don Ed Holmes with The Onion House in Weslaco described the situation on April 1: “We’re in the foxhole, and we’ve got our helmets on.” Noting that the industry had experienced two weeks of heavy volume, he said, “We went from feast to famine.”  But Don Ed said, “We have good quality and good weather.” He continued, “We finished in Mexico and were fortunate there to get the bulk of the crop out. In Texas, we have one of the prettiest crops ever with very good size, but the size is a disadvantage. Retail wants medium yellows. With foodservice shut down, there went the jumbos and colossals.” He said moving the bigger sizes will “be the next hurdle to cross.” And, he said, it will be interesting as California and Georgia come in during the next few weeks. “Nobody really knows where it will go. But we’re still optimistic. You have to be an optimist to be in produce, and we’re blessed to have an item that’s a staple.”

Wisconsin:
Doug Bulgrin with Gumz Farms in Endeavor told us on April 1 that his company has “four or five weeks of product” remaining for the season. Doug said, “We have a good supply of medium yellows, and quality is also good.” Noting movement is more in the “normal” zone now, he said, “The pipeline is plugged. It will be interesting to see if prices to hold.” Noting that there has been no link established between COVID-19 and the U.S. food supply, Doug said, “I want to personally thank everyone in the whole food chain, from truckers to warehouse workers to growers – everyone.” The current situation, he said, “is bringing us closer together, and I think everyone understands the common good.” As president of the National Onion Association, Doug took a moment to address the industry as a whole. “I think the buying panic has slowed down, and people see we have an excellent food supply in the United States,” he said.

CROP
California:
Megan Jacobsen with Gills Onions in Oxnard told us on April 1 the King City storage onions will be harvested late September through November. She said the baby onions are in the “first true leaf stage.”

Columbia Basin:
Jared Gutierrez with Columbia Basin Onion in Hermiston, OR, said on April 1, “As for planting, we are on schedule. Just wrapping up on conventionals and have maybe a week left on organics.” Jered added, “We have had some decent weather to start off with and hope that continues. Overall we hope everyone is well and stays healthy and safe!”

Idaho-E. Oregon:
Paul Skeen, owner of Skeen Farms and president of the Malheur County Onion Growers Association, weighed in this week on the area’s planting. “We are about 80 percent in,” he said. “We have had very good spring weather which has helped. Personally, I was able to get my early stuff in during February, and I have to say those plantings look just beautiful.”

Dwayne Fisher with Champion Produce Sales in Parma, ID, said on April 1, “In terms of planting, we are about 70 percent completed.  The recent rains have us held off at the moment but should provide excellent moisture for what is planted and what we will be planting as soon as we can get back into the fields.  With a couple of good weeks of weather, I would think the valley will have almost all of the acreage in on time and be in great shape.” 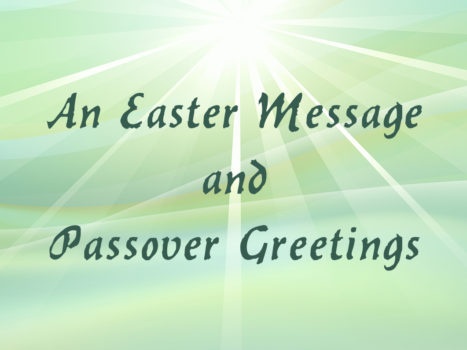 An Easter Message and Passover Greetings